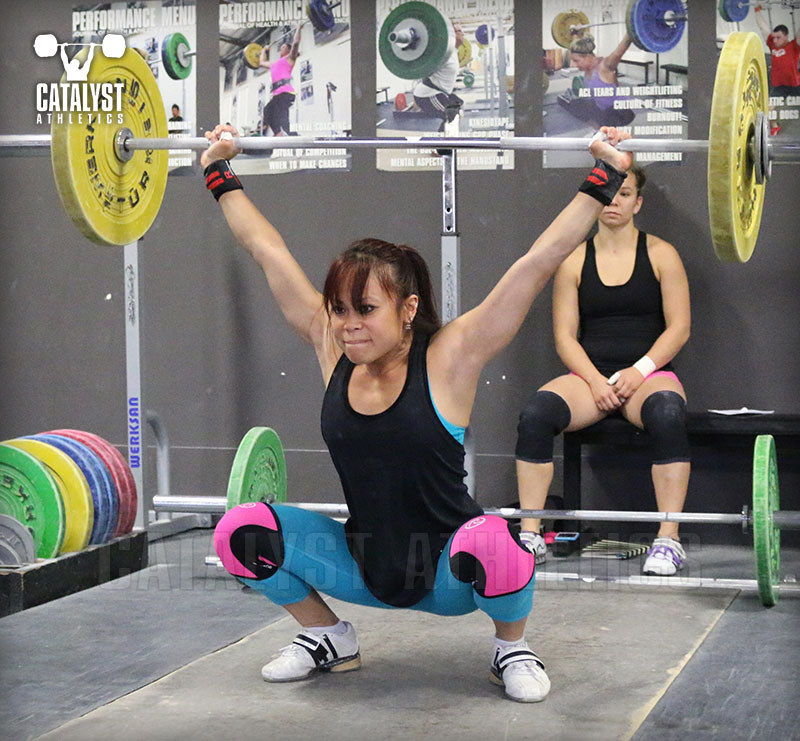 There seems to be a bit of discussion on technique training and strength training for weightlifters, and it's made me think of a couple points I want to clarify. First, how do you define a technique drill or a training exercise? In my opinion, the difference is based on the purpose, and a symptom is usually different loading and volume. We should also understand the difference between these two things and a learning/teaching drill.

A learning drill is an exercise intended to teach someone a movement or part of a movement; this is in the case of no former experience, or the case of improvement and/or modification of limited former experience. This is where you will see very light weights, or virtually no weight at all, and generally a much larger volume of repetitions. For example, this is where one might see the dreaded PVC pipe. More on that in a bit.

A technique drill is used to modify existing technique to bring it closer to what is desired. This is usually focused on a single technical element, but often you will address more than one unavoidably. Technique drills will be partial movements; sometimes very small pieces of a classic lift, and sometimes movements that are not at all derived from classic lifts (Examples of the latter would be things like snatch balance variations or pressing variations).

These will be performed with relatively light weights to ensure the athlete is executing them properly; improper execution is not only not helpful, it's counterproductive. These are motor pattern learning opportunities, but ones that allow or require some reasonable amount of resistance to be effective or possible. We will usually see segments of a classic lift or complexes here. For example, for a lifter who is not staying over the bar properly, we might perform a halting snatch deadlift, stopping at the hip with the shoulders over the bar, followed immediately by a snatch.

This leads us into training exercises. With respect to weightlifting, a training exercise is one that develops strength, speed or power (or all three) primarily. These are your obvious lifts such as the classic lifts, squats, pulls, push presses, etc. However, in this category we can also include things that look suspiciously like technique drills; the difference will be the weight used.

Using the previous example of a lifter not staying over the bar properly, we used a halting deadlift + snatch complex to teach the proper movement. However, if an athlete has been opening the hips early in his snatch, it's likely that his strength has developed around this movement and these positions, and as a consequence, no matter how well he can perform the lift at lighter weights, as he approaches maximal loads, his body will unavoidably revert to the positions in which it's strongest. This is when we now have to add strength to motor patterns. We may use a halting snatch deadlift just as we did previously, but drop the snatch and increase the loading. The key is to never take the loading beyond what allows the lift to be performed properly, because this will just take us right back to reinforcing the pattern we're trying to break. With this additional positional strength and the newly learned pattern, the lifter will naturally apply it to the lift we're trying to improve. Interestingly enough, the trickiest part of using a training exercise to correct a technical problem is teaching the lifter to perform it correctly - if he already knew how to do it well, he wouldn't be doing it. So you end up teaching technique anyway, just in a less direct manner.

Ultimately, the definitions are somewhat nebulous and in practice, there will often not be a simple demarcation between two. More important than naming things is knowing when and how to apply them.

The basics come down to this: When teaching a skill, weight is largely irrelevant. At some early point, there must be some resistance, e.g. an empty barbell, because the athlete needs a degree of feedback regarding position and movement that PVC pipe cannot provide. But there are certain elements of teaching you may use initially that preclude the use of even this weight. Once an athlete has learned the lifts at a basic level, weight will be progressively increased on average, and technique drills will become more specific to individual need. In this intermediate stage, weight should never exceed technical ability - deviation from proper execution simply strengthens improper execution. The priority is strengthening the correct movement, not simply loading up the weight indiscriminately to create some false sense of improving strength. Once a legitimate level of technical proficiency is reached, training exercises will constitute the bulk of an athlete's work, with technical drills or technique-specific training exercises playing a very small role - used only to address specific issues as they arise.

To circle back around to PVC pipe as I said I would, this is something worth clarification since the internet is so good at creating and perpetuating nonsense. No established weightlifter trains with PVC pipe; the only use it may get is as a tool for stretching. When I teach the snatch to a brand new lifter, I start with PVC pipe, no matter the size or strength of the individual. I use an extensive series of teaching drills, some of which simply cannot be done with much else. Larger guys can often use a 10kg bar initially, but they spend too much time doing it wrong for it to be worthwhile simply to assuage their egos and prove to a few keyboard warriors that weightlifters aren't weak. But after this initial progression, these new lifters move to a barbell and generally never return to PVC unless using some of those early drills periodically for remediation.

Every coach has his own approach to teaching and training the lifts, and no one with any kind of experience or reason would say there is a perfect or correct approach suitable for all athletes at all times. The common theme, however, is the goal of developing lifters who are not only strong nor only technically proficient, but both, and in weightlifting, the two traits can never be completely isolated.

Stone
Well put, sir, well put. I'll certaliny make note of that.
Meriem
That is awesome Kate! I know this must be such a looonog process for you but I really love how you are making the best of it. I'm going to need to sit out for 8 weeks because of some surgery and I know it will be hard. And while I'm not a competitor like you, Crossfit is definitely a part of my day to day life and I know I will miss it. I'll probably be picking up a PVC too. Hang in there! Can't wait to see you come out of the blocks when you get that green light! Watch out!