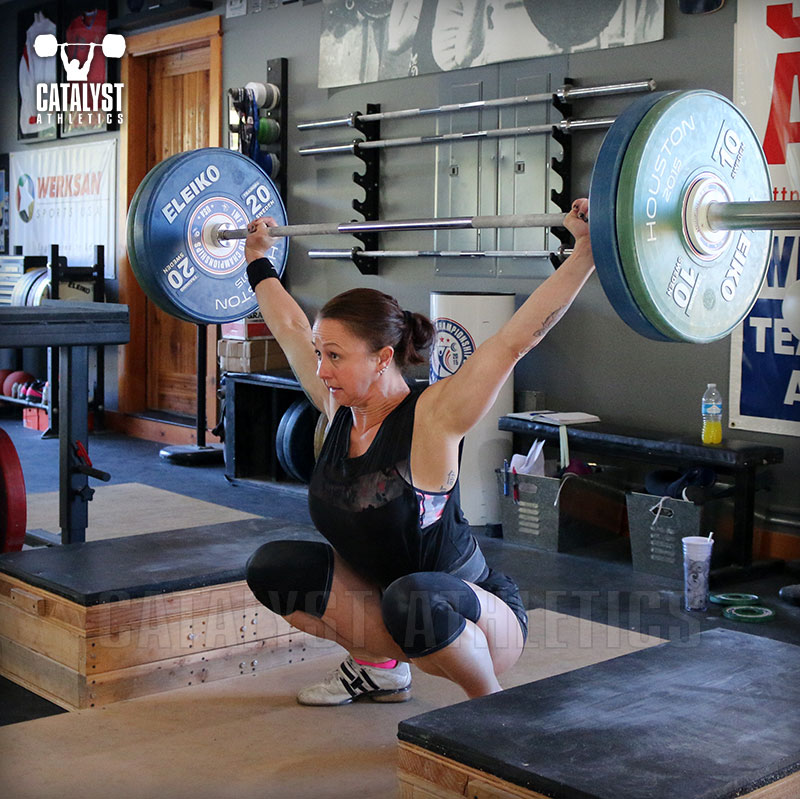 When beginners start weightlifting, they don’t know what will or will not work for them, so it is important to start them with standard technique progressions and programming. Someone who cooks for the first time should follow a recipe, and a new weightlifter should follow a standard recipe that has been laid out and proven to work for beginners.
A coach is extremely important for a beginner. A coach can watch movement patterns and help the lifter strive for textbook technique. At this point in lifters’ careers, they will be best served sticking to the basic movements or variations of snatch, clean and jerk, squats, and push presses while training 3-4 times per week. These exercises have been proven to play an important role in the training of weightlifters of all levels. These lifters should stick to a plan prepared by an established coach much like an unexperienced cook should always stick to the recipe.
As a lifter continues to train for a number of years, training sessions and volume will be added. At this point a lifter and their coach will begin to notice strengths and weaknesses. Some lifters will have trouble with leg strength, some with pull strength, some with upper body strength, etc. You might find that the standard protocol for a weightlifter is not fixing your weaknesses. With more time in the gym, lifters can spend some of that time experimenting by adding variation to work on their weaknesses much like a cook that is not happy with a standard recipe might experiment by adding ingredients or changing the amounts of each ingredient.
For example, if a lifter has weak legs, then he might try to add in lunges, waiter squats, and/or leg presses to spark adaptation to the legs. If a lifter has a weak pull, then he might try to add in suitcase deadlifts, deficit pulls, upright rows, pull-ups, and/or muscle snatches. If a lifter has a naturally weak back, then he might try to pull with a more upright torso and start with lower hips. On the other hand, if his legs are naturally weak, then he might try to start with higher hips and stay over the bar longer. The point is that the intermediate stages of weightlifting allow lifters to experiment and get to know what works for them individually!
By the time weightlifters have reached the advanced levels, they have gotten to know their bodies very well. Advanced lifters become in tune with their bodies, knowing how fatigued they should feel, how the movement should feel, and which exercises tend to fix which problems. At this point, they have the base of knowledge to be spontaneous and stray from the standard recipe. A master chef probably would never say, “I make it a rule to follow the recipe exactly as it is.” In the same way, a weightlifter should learn how to be properly spontaneous to know when they need to add and subtract sets, reps, exercises from their training plan much like a master chef should know when to add or subtract ingredients from a recipe to improve upon the dish.
Technique and programming differences among advanced lifters and coaches are much like the differences among dishes prepared by master chefs. Tastes and preferences among individuals vary greatly, and for that reason, a favorite dish of a friend may not be enjoyable to you. In weightlifting, certain variations of technique and programming that work well for you may not work for a friend. You may argue with your friend until you are blue in the face that your favorite dish is the best dish, but your friend will never agree and you will never agree with him! Sometimes we have to learn to be okay with that.

Emilio
Hi
I've got one question which relates to load progression. I'm wondering which method is more effective in strenght progression, whether ramping up to the maximum weight of the day and do multiple sets with the same weight ( for example 5x5,10x2 or 8x1 ) or ramping up to the max weight of the day and do only 1 set + some drop sets ( - 10-15% ). Generally I'm interested in efficiency of method consists of multiple sets with given weight and only 1 set. Certainly after a few warm up sets.