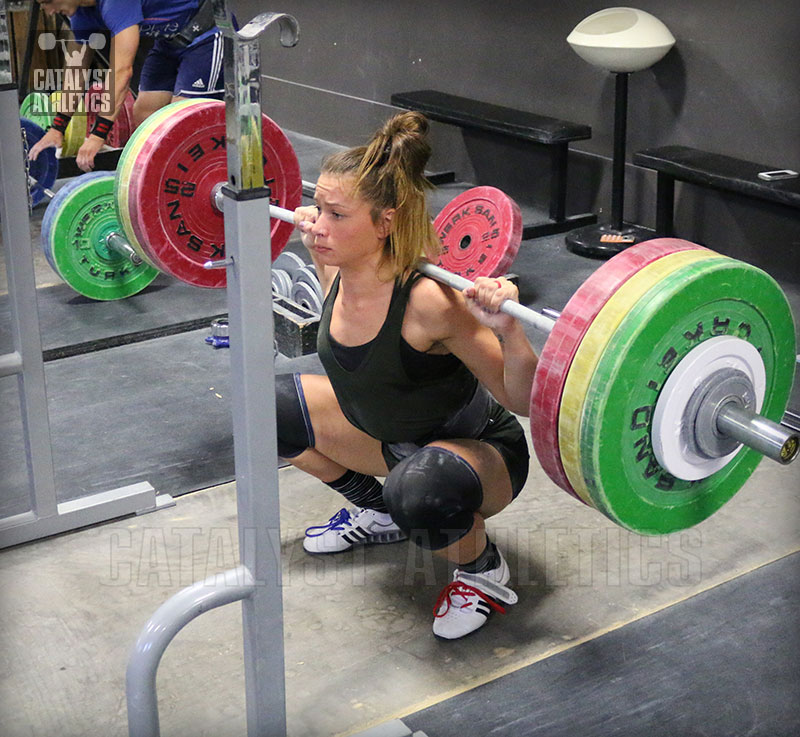 There is a general ability of athletes in lighter weight classes to be capable of lifting more weight relative to bodyweight than their heavier weight class counterparts. This is a simple issue of leverage, although of course many other factors are involved in each athlete to produce the ultimate level of ability; that is, we cannot always state with certainty that all short lifters are stronger than all tall lifters relative to bodyweight. However, shorter limbs do confer a basic advantage for lifting weight in terms of leverage.

Lever mechanics are at play in the movement of any joint by muscular effort. Muscle(s) contract to move the limb onto which they attach across the joint in question; the length of that limb decides the actual resistance with a given weight; the longer the lever arm, the greater the difficulty of moving the weight. To conceptualize this simply, imagine holding a pole with a 5kg weight at one end in one hand and trying to lift the weighted end—the closer to the weight you grip the pole, the easier it will be to lift. This is a simple demonstration of leverage—the weight at the end of the pole didn’t change, but the amount of resistance, and your ability to lift it, did.

If we consider the leg of a weightlifter performing a squat, we have knee as the fulcrum, the thigh as the lever arm, the distance between the point the knee pivots and the point where the force is applied by the quadriceps muscle group via the patellar tendon as the force lever arm. This is of course a simplified description of the system, as we also have the hip joint and musculature participating in a squat, and even the ankle joint and musculature to some degree, as well as the fact that the knee is a complex joint with the patella creating changing leverage throughout the range of motion, but will serve this explanation satisfactorily.

The lifter’s body is attached to the upper legs at their proximal ends (the hip joints), and this, along with whatever additional weight the lifter is holding (on the back, on the shoulders, or overhead), is the resistance in the system. The longer the femur (i.e. taller and/or longer-legged the athlete), the greater the distance between the load and the fulcrum, and consequently, the more difficult it is to move any given amount of weight. Of course, larger individual’s anatomy will also mean that the force arm is longer as well (the distance between the point at which the joint pivots at the knee and where the muscle inserts on the lower leg), but to a much smaller degree than the resistance arm, meaning the two will not balance each other out.

Of course, this mechanical difference really only dictates potential ability; there are many other factors that contribute to a lifter’s ultimate level of performance that can mitigate the limitations of relatively poor leverage (such as a higher fast-twitch to slow-twitch fiber composition of the involved musculature, greater neurological efficiency, etc.) or that can limit the advantage conferred by relatively good leverage (such as a lower fast-twitch to slow-twitch fiber ratio, relatively low neurological efficiency, etc.).

Additionally, this kind of anatomical variation will affect the technique of the snatch, clean and jerk to some extent as well. An athlete with shorter legs and a longer torso, for example, will tend to pull the snatch and clean with a more upright posture that is more reliant on leg strength than hip strength. In other words, the exact technical execution and positions of the lift will eventually reflect the natural strengths of the athlete to some extent.