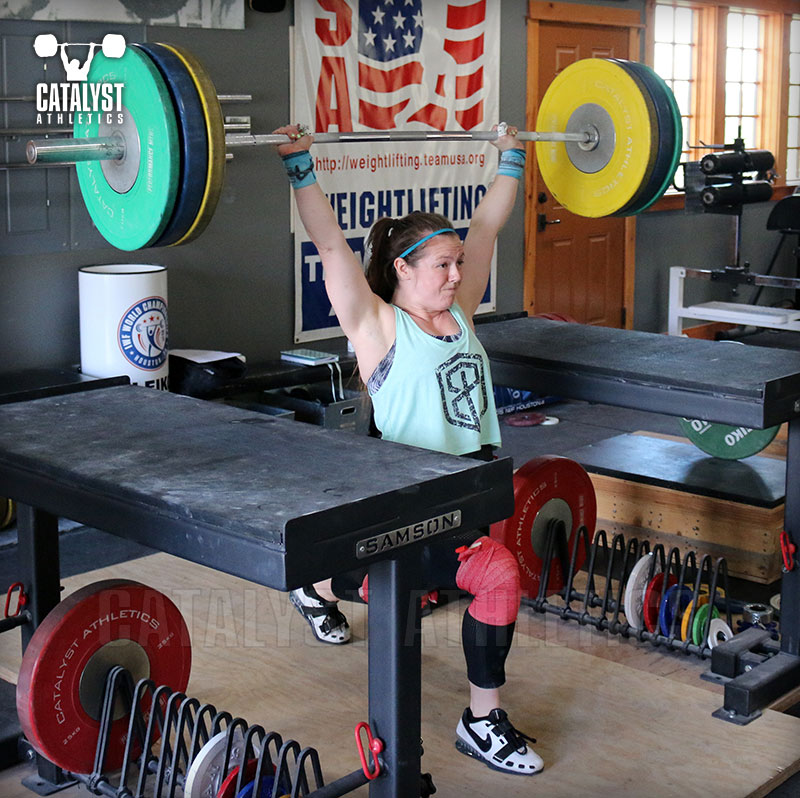 Eyes are wonderful tools for the coach—I don’t think anyone would argue the most useful. If you’re a coach trying to help a lifter diagnose and correct a technical problem, eyes are the go-to sensory organs.

However, with all of our recent infatuation with digital tools like video for slow-motion and frame-by-frame play, bar path tracing, superimposition, bar speed measurement, etc., etc., a lot of new coaches I believe neglect the importance of the live viewing experience and what it has to offer.

A specific element of this is the sound of a lift and how it coincides with what you’re seeing. The sound-sight relationships only work in real time—working in slow motion will create problems, as many of the elements we want to appear to occur simultaneously in real time do not in fact occur simultaneously (for example, the feet will reconnect with the floor in the snatch before the bar is locked overhead even if these two things appear in a good lift to occur together).

The coach needs to rely on a number of things to diagnose problems in a lift, including reactions and feedback from the lifter, but sound is the one that I think is most often overlooked. Following are some sounds to pay attention to and what they indicate.

Staggered foot sounds: If the feet create two distinct claps, there is an issue of balance in the pull or transition under the bar. This may be a mobility or strength imbalance in the hips, for example, or it may be an imbalance in the athlete’s leg drive against the floor. It may also indicate an injury or pain that’s causing the lifter to protect one side.

Feet hitting relative to lockout/rack: In real time, we want to see the bar locked overhead in the snatch or racked securely in the clean at the same time we hear the feet hit the floor. This will indicate not only a properly fast and aggressive pull and turnover, but a precise one.

Rattling off floor: The sound plates, especially change plates, make when a bar is separated from the floor for a snatch or clean can give you some clues about what’s going on, although this is a subtle one and is influenced considerably by the equipment used (i.e. tight-fitting plates will rattle less in any situation than loose-fitting plates, and the use of collars will also reduce rattling if not prevent it entirely). However, significant rattling of plates as the lifter begins can indicate that he or she is yanking the bar off the floor, which will result in a deceleration at least momentarily following this initial movement, and usually an unwanted shift of balance or position.

Crashing: In the clean, the bar’s connection with the shoulders in the turnover should be smooth. If the receipt of a clean sounds like someone dropped a pallet of silverware onto the street from a third-story window, there’s a problem.

Bar contact at hips/thigh: Without getting into the tired bang/brush debate, let me just say that in my opinion, in the snatch or clean, there should be in nearly all cases contact of a timing and nature that creates a sound as the lifter finalizes the second pull. The lack of any sound of contact usually indicates an incomplete extension (usually coupled with forward imbalance), improper timing, or a lack of speed and aggression. On the other hand, excessive noise can indicate excessive distance between the bar and body prior to contact, or an excessive reliance on hip extension without supporting leg extension.

Lifter breath sounds: There are a number of possibilities in this category. First, a lifter getting set for a lift should be taking in a big final breath to pressurize and stabilize the trunk. This won’t always be audible, but many times it is. If you can’t see the lifter’s abdomen to verify a good breath, listen for it.

The next is the sound a lifter makes at the top of the pull. Some expulsion of air with noise is totally acceptable in the explosion of the lift as long as it’s natural for a given lifter and not forced, but excessive expulsion is problematic as it means trunk pressurization will be reduced somewhat, and it can also indicate that the lifter has put so much focus and effort on this specific phase of the lift that subsequent phases are neglected (this commonly looks like an extremely aggressive second pull and then zero effort in the third pull).

The sound the lifter makes when receiving the bar, especially in the clean, can also help tell you how well the bar was received. If a lifter sounds like he or she was hit in the gut with a baseball bat, likely the bar crashed onto the shoulders—the lifter lost connection at some point and dropped out from under the bar rather than meeting it tightly. Likewise in the snatch if the lifter makes a sound of pain, it indicates crashing or at the very least, poor positioning.

Finally, the sound of the lifter recovering from the bottom of the squat will help you determined the magnitude of effort. Even if it appears relatively fast, the sounds of straining will let you know how hard it actually is (unless of course the lifter is one of the more melodramatic types who can make a warm-up set sound like a world-record attempt and just needs to be told to shut up).

Front foot hitting the floor: Just like in the snatch or clean, a sharp clap of the front foot reconnecting with the floor indicates a proper reconnection and proper aggression. The absence of the sound can indicate a dragged foot and short step, which can also indicate a poor drive or poor timing.

Staggered foot contact: While technically we want the back foot contacting a split second before the front in the split jerk, this should not be visible in real time. Likewise, you shouldn’t hear two staggered connections to the platform, but rather a single sound as both feet reconnect.

Sometimes your lifters like to sneak in lifts while you’re not looking. You can still get an idea of how the lift went just based on sound.

Do you hear one side of the plates hitting the platform before the other when the bar is dropped? If the timing was such that it’s not clear whether or not it was a miss, it was likely an ugly make and the lifter’s instability caused an imbalanced drop of the bar.

Do you hear the word, “Fuck!” screamed loudly after the lift? Miss, and a lifter who needs to work on composure.