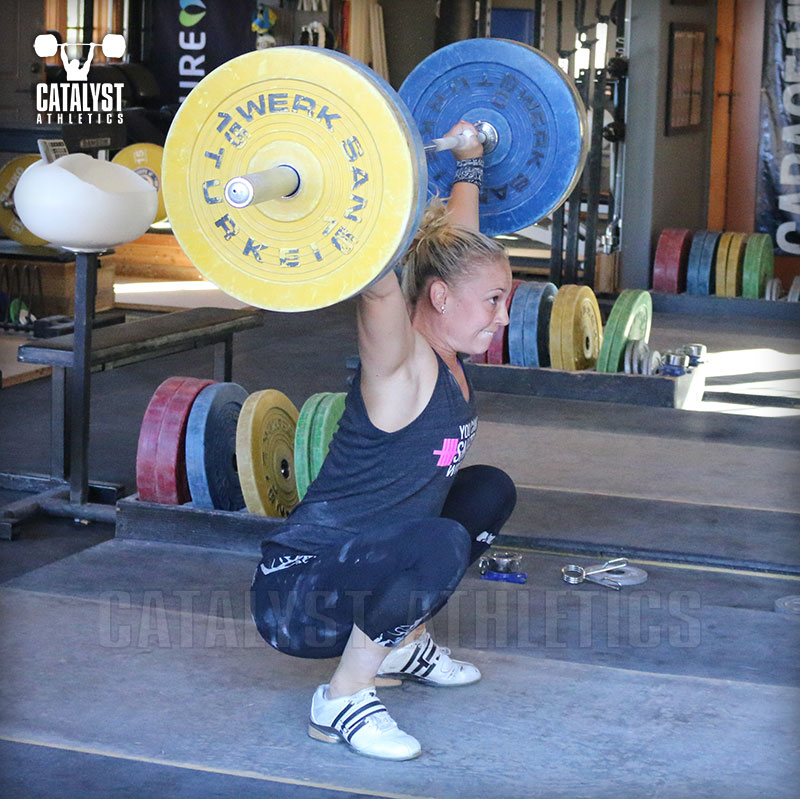 There have been two or three times when I’ve intentionally written articles with outlandish titles just to see how many internet morons will post half-cocked raging comments about them without actually reading the article. This is obviously one of them.

My buddy Mike Gray wrote an article not too long ago about why everybody should compete in weightlifting. It was a great piece and a lot of people loved it, myself included. It got me thinking, and I decided to write something about this subject with some additional thoughts of my own because I want to give even more support to Mike’s ideas.

When I started competing at 15 years old (back in 1988), I kept a journal of all my competition results. Believe it or not, I’ve kept this journal going for 28 years. I checked it this morning to see how many meets I’ve competed in during my career. The current number is 113.

With six attempts per meet, that adds up to almost 700 times I’ve stood on a competition platform to lift a snatch or clean and jerk with maximum or near-maximum weight.

I guess what I want to do here is put out a list of thoughts about competing in weightlifting, to stay consistent with how Mike did his article. I agree with everything he wrote and there’s no way I could improve on any of his points, but his opinions really inspired me and I’d like to pile on a little more.


Competition changes the level of fear you have in your life:

If anybody were to ask me how my competitive weightlifting career has made me a different person, I guess this would have to be the biggest answer. I’m not really scared of anything anymore.

Now don’t take that in a stupid direction and think I’m claiming to be a fearless warrior god with a bullet-proof soul. There are still plenty of things that worry me and get me stressed, like the thought of waking up one morning and finding out I’m no longer one of the most physically desirable people in the western hemisphere.

But I can positively tell you that you’ll develop a lot more courage if you become a competitive lifter. It’s incredibly hard to keep your mind steady in a weightlifting meet, especially when you’re new. I always get a chuckle when I coach CrossFitters in their first weightlifting meet. Most of the time, they tell me beforehand that they’re usually pretty mentally tough in competition (because they’ve competed in CrossFit). Then they get in a weightlifting meet and realize they’re in a much different situation from doing wall balls and pullups with five other people for six minutes, where the spectator attention is spread out and there’s no instantaneous moment of absolute success or failure. Afterwards, they’ve universally told me how nerve-wracking it was.

Listen, I’ve talked to a few military veterans who have competed in weightlifting and told me afterwards that it was the closest feeling to combat they’ve ever experienced. These were guys who have actually been there, you know? Gun fights, artillery…the real thing. Now, PLEASE don’t think I’m saying a weightlifting meet has the same level of difficulty and consequence as the life-and-death battles our armed forces have to go through. I’m not saying that at all. If you think that’s what I’m saying, you have weak reading skills and you need to enroll in a remedial learning course at your local community college. Nobody shoots at you with an AK-47 when you’re on a weightlifting platform. I freaking know that. The point I’m making is that the stress and intensity of competitive lifting has been described to me in a pretty interesting way by men who have been in the most frightening human situation imaginable.

Let me give you a sub-list of things I’ve actually seen in weightlifting meets over the years:
And I could go on and on, believe me.

Long story short, I agree with Mike that weightlifting competition is a great thing, and everybody should do it. If somebody doesn’t want to compete, that’s not going to be a deal breaker for me, and I won’t refuse to work with them if they just want to train in the gym. But there’s no doubt in my mind that competition is the highlight of a weightlifter’s experience.

In other words, get your ass on the platform.

Alkey
Geez, first this guy just dumps all over some dude, saying he writes crap, and then he has the nerve to claim that stepping onto the platform is the next toughest thing to hitting the beaches at Normandy. Or something,

The sad thing is that it's jokers like this clown that get all the internet traffic!

The stories were good, though, More stories!
I see you didn't read the article.

Frank Mistretta
Man, I thought Greg was joking in the first paragraph of the article, then ^ that comment was posted.

Greg, I'm a 29 yo crossfitter who is interested in taking my olympic weightlifting to the next level, are there weightlifting meets for older beginners or is it too late to get on the platform?
Written by Matt Foreman, not me. But yes, it's crazy how completely a reader can not read an article. From this one -

"It was a great piece and a lot of people loved it, myself included."

"Now, PLEASE don’t think I’m saying a weightlifting meet has the same level of difficulty and consequence as the life-and-death battles our armed forces have to go through. I’m not saying that at all."

Sometimes there truly is no helping certain people.

Regarding competition, any local meet is perfect for beginners of any age - never too late. We've had lifters in our gym who did their first meets in their 50s. Find your LWC (local weightlifting committee) for competition schedules and registration.

Josh
It seems Alkey is definitely in need of that remedial class.
Addo Ko
Wow, wish olympic weightlifting is more popular in Indonesia. I would love to be trained by oly lift coach and compete.
I still can’t believe you’re 51 years old, you looks like a guy in his 30’s on your instagram. Awesome article sir.