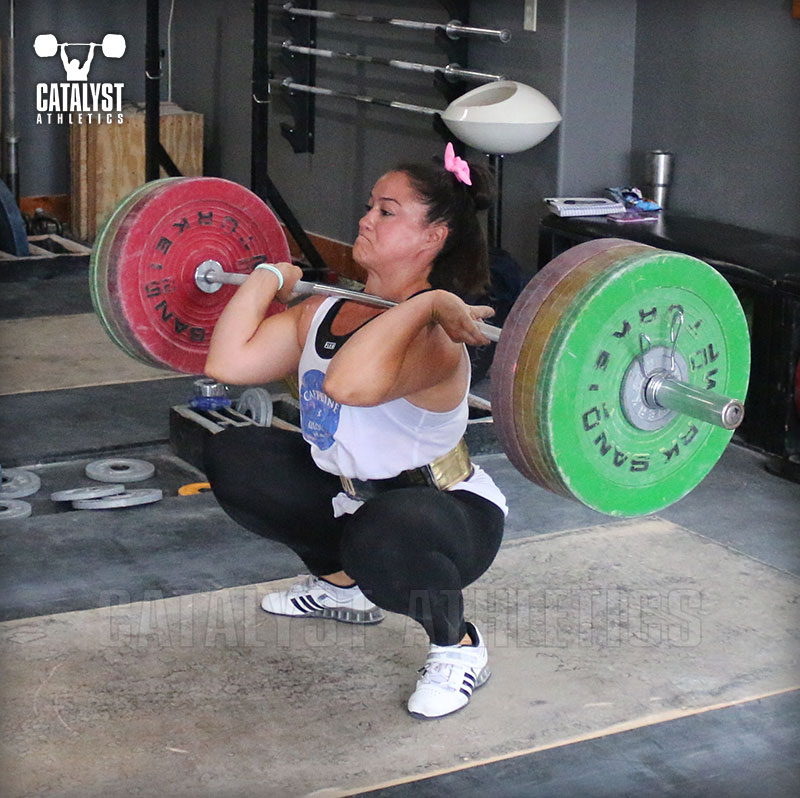 Last week, USA Weightlifting announced that the National Masters Championship in September will have to be run as an online competition. Many of you have probably already heard about this. The reason is obviously the COVID-19 crisis. The Covid numbers are spiking dramatically across the country, and Florida (where Masters Nationals was supposed to be held) is one of the states that is being hit the hardest. Several events have been getting canceled in recent months because of the pandemic, and unfortunately, more will probably fall in the future. But the federation decided that instead of just canceling the National Masters entirely, it would be better to at least run an online competition.

For the record, I think this is a really good idea. I’m a glass-is-half-full guy, so I think any kind of competition is better than no competition at all. But there are two thoughts I have about online weightlifting competitions that I want to run past you.

First, I was talking to a guy last week and I told him about this development. He asked me if I thought it would help or hurt competitors to be in a situation where they’re basically competing alone in their gym or garage instead of up on a big platform in front of an auditorium full of spectators.

I told him I think it all depends on the lifter. People who struggle to control their nerves and anxiety will probably have an easier time with an online competition. With no spectators or competition platform, there isn’t as much pressure and tension. In other words, and I hate to say this so bluntly because I don’t want to sound cruel, people who aren’t mentally tough might view this situation like it’s a gift from above.

But on the other hand, and I think this is probably true for the majority of weightlifters, doing an online competition might be a little tougher, for the same reason. Many weightlifters lift better in competition than they do in training because the competitive environment revs them up. The platform, the spectators, the attention, the heightened circumstances...these things are fuel for the fire. When you get out on that competition platform, it’s like you got injected with a blast of nitrous oxide. This is how it’s supposed to work, and I think most of you probably relate to it.

Analyze yourself and see which one of these descriptions you fit. Hopefully, you’re more like the second one. But if you’re more like the first, don’t give up hope. This sport hardens everybody up over time, so you’ll develop and improve if you stay in the game long enough.

So as I said before, any competition is better than no competition. If you decide to do an online meet, do whatever you need to get your motor running. If it means you have to manufacture some tension and energy in your environment, go for it. Be creative without committing an HOA violation that’s going to get you fined.

That’s my first thought on online meets. My second thought is very simple and direct. In an online competition, there might be more ability to cheat. You’re alone in your garage, so maybe you can look for ways to manipulate the system to give you an edge that you wouldn’t have in a real competition.

Here’s the deal, folks. If you decide to use the online competition situation as a way to cheat, you’re a big old honkin’ turd. This is the lousiest situation in the history of our sport. It’s one of the worst time periods in the modern history of the world. This is the time to do the right thing as a competitor. If you cheat your way through online competition, you’re a weasel, and you completely suck.

Hopefully that’s clear enough, and hopefully you all agree with these thoughts. I hope we don’t have to get used to online competitions because we want the pandemic to ease up enough to where we can get back to somewhat normal. But for the time being, I think we all need to prepare ourselves for the possibility of competing in a gym in front of a camera phone. Maybe it won’t be this way for long, but just in case it is, let’s make a little blood oath right now that we’re going to do these things the right way. Sound good?