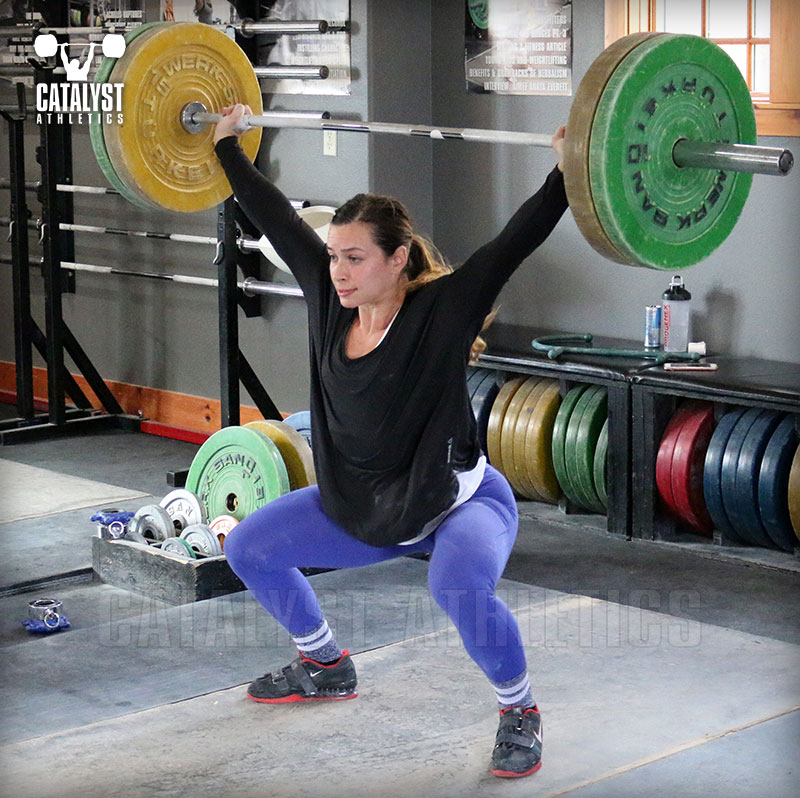 See more articles & videos like this in the Overhead Position collection.
One of the most important skills in overhead lifting is the ability to create a secure, solid lockout position... part of this is being able to establish this position immediately. Often even lifters with great overhead positions are not adept at locking the bar in position quickly enough during a snatch or jerk to fully exploit that ability.

Conceptually this needs to be approached as aiming to secure the bar and prevent any additional movement (horizontal movement fore-aft, shoulder or elbow movement) as immediately as possible when reaching the receiving position. Additionally, lifters need to be attempting to lock the bar in as forcefully and aggressively as possible, and to maintain that force and aggression until choosing to drop the bar.

From a practical standpoint, there are a few ways to practice and improve this ability. This issue is one of many related to the idea that lifters need to always remember the fundamentals of the lifts, and to practice every single lift with as much precision as possible. Every repetition performed contributes to the habits of the lifter in either a productive or counterproductive manner - which is up to the lifter.

See more articles & videos like this in the Overhead Position collection.

Mark
The point made about hand grip is something I will work on this week. Thanks for the article and all of the other great content as well.
Aletta
How do you lock out if your shoulders hyper extends