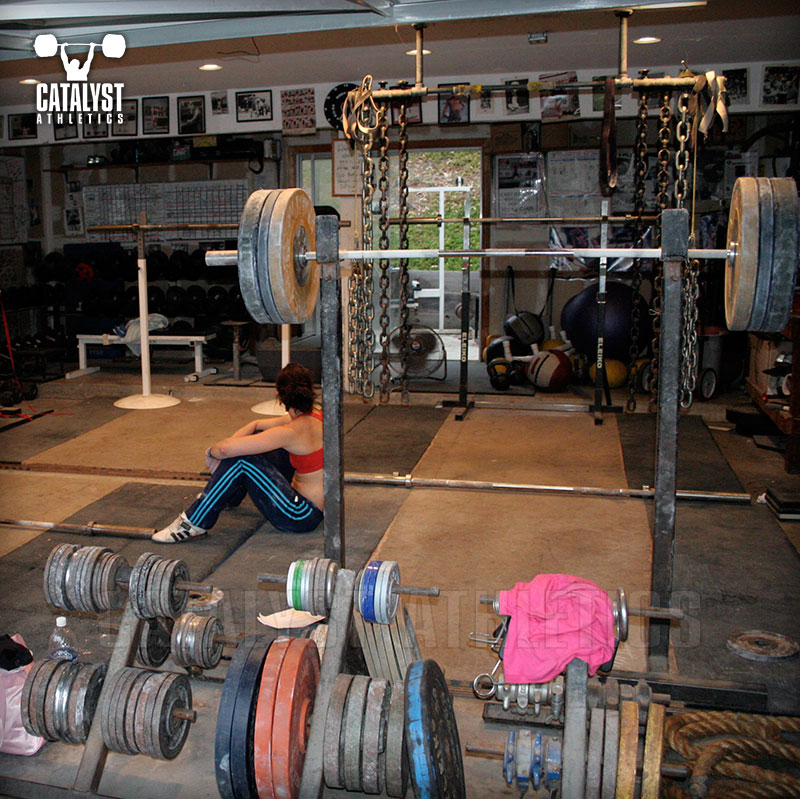 Periodically, I receive messages from people asking me what garage mind means. They all have a vague notion of the concept, but can’t quite express it. I found that it’s taken even me a while to flesh out its meaning, and honestly, this article is going to be an exercise in figuring it out further so I can explain it better myself. In other words, it will likely be a barely cohesive discourse that I’ll find dissatisfactory.

Weightlifting has very different histories and environments around the world—everything from government-financed and well-appointed facilities like those in Russia and China, to small to moderately-sized gyms and garages in the US, to a few partly rotted wooden planks in the dirt and a rusted iron bar in Uganda.

there is truly something pure and magical about the sport of weightlifting that can only be experienced when the excesses and distractions are stripped away.

In the US, weightlifting has never been a particularly popular sport, although it definitely had greater prominence and recognition in past decades. But even during that period of relatively high public interest, it was a largely a garage sport. People trained in makeshift gyms wherever they could with whatever equipment they were lucky enough to have access to. For part of his career, Tommy Kono, for example, trained in a dirt-floored basement with ceilings too low to jerk.

There were no corporate sponsors, no fancy facilities, no school programs—it was a sport that truly required self-sufficiency, resourcefulness, and dedication. 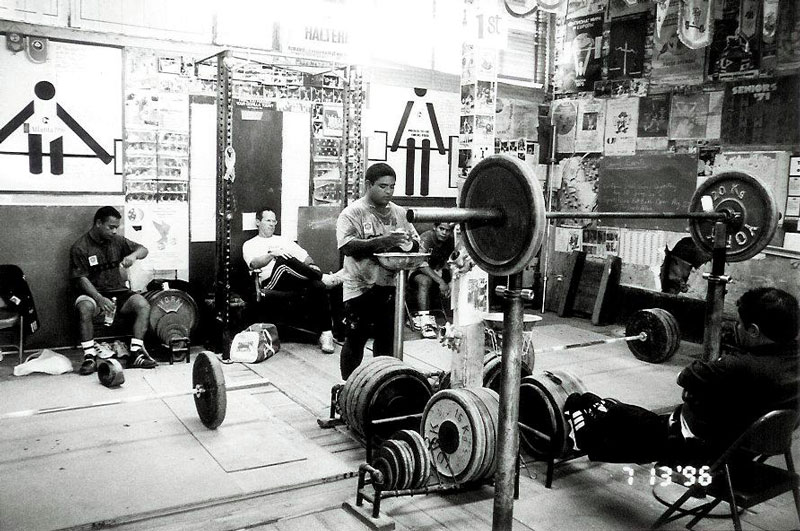 This situation continued until very recently. My coach trained me out of his 2-car (4-platform) garage as he had been for years with other lifters. When my wife and I moved away and opened a commercial gym, I knew of only a handful of genuine weightlifting gyms in the country, and to my knowledge, none was actually even financially sustained on weightlifting—all were funded in various unrelated fashions like city rec department money or fitness training. Ours was no different—we had to run fitness classes and offer personal training to pay for a facility that would house 6 platforms for our weightlifting team. 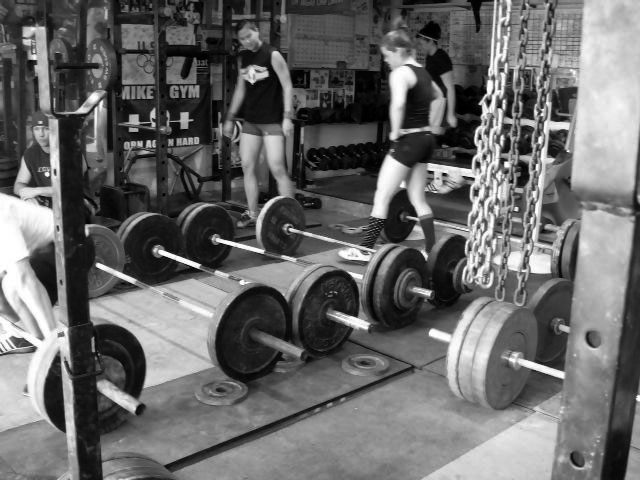 If we wanted equipment like jerk blocks or pulling blocks, we had to build them. They simply weren’t available. We had to be creative and resourceful in many ways to train the way we wanted. It was very much a DIY culture—DIY like 1980s hardcore, not the DIY Network. These were kids with zero money and resources who had to figure out how to do everything on their own, from playing music to organizing tours to publishing records and magazines. It was done the hard way because that was the only way, and it was something they were completely dedicated to. That’s the mindset most weightlifters had because they had no choice—if they wanted to lift, they had to figure out a way, and it often wasn’t pretty.

Several years after opening our gym, the influence of the internet and CrossFit were changing the landscape dramatically. Formerly obscure equipment was suddenly readily available from multiple manufacturers at decent prices. In the span of a couple years, jerk blocks in the US went from a hand-built oddity that a handful of gyms had, to near ubiquity as even gyms with small weightlifting programs had powder-coated, adjustable steel jerk tables—sometimes fleets of them. I remember building our first jerk blocks in 2009, and people’s minds were blown when I posted plans on our website. Now you can click a few buttons and a set arrives at your door.

Somewhat of a market for weightlifting training in gyms had emerged during this time, of course, which was driving this new availability of equipment along with the rise of CrossFit and its never-ending quest for new gear to play with. However, it’s still very rare for a gym to actually be able to make money or even break even on weightlifting alone, but it’s a vast improvement over even 5-8 years ago.

With these changes, arguably great in most ways, there was an attendant change in the culture across much of the sport. There was a collective shift in the mindset of weightlifters and weightlifting coaches. Things got a lot easier, a lot more accessible, a lot more fashionable… Less and less focus was on training and competing, and more and more was on training clothes and instagram fame. And that is where the term garage mind comes into play.

Those of you who’ve been following us for a while know that last year, we shut down our commercial gym and relocated to a big garage in Oregon. The commercial gym business was a means to an end (having a facility to train our competitive weightlifting team), and once we reached the point that those means were no longer necessary, we were able to return to our roots—the garage gym.

We found that this really rekindled our love of the sport after having been burnt to a crisp with the stress and distractions of running a gym business that was never itself something we had any interest in. It was instantly like being back in our coach’s garage where all we had to worry about was training hard. Despite that fact that the business of Catalyst Athletics largely stayed the same, it had a totally different feel. It was so much easier to focus on weightlifting… which is the whole point.

Garage mind is the attitude and mindset of the old school, garage-training weightlifter who loves the sport even when it’s trying to kill you, who will do what it takes to make it work even when it seems impossible, who believes that hard work and character are more important than recognition, and that there is truly something pure and magical about the sport of weightlifting that can only be experienced when the excesses and distractions are stripped away.

Some of you actually train in garages. Some of you train in CrossFit gyms, commercial bodybuilding gyms, or something in between. You can have the garage mind attitude anywhere—it’s a conscious choice of values, perspective and priorities. Embrace that spirit, and you’ll find a new level of love for this sport.

Jermiane Joiner
Great Article!!!
Travis Sanford
Love that picture of Jim and the guys at the old Sports Palace when I trained with Jim he moved to his second location at Valencia street Muscle and Fitness and the stress of a partner and running a gym didn't work their either.
Andrew
Love it. This is exactly what I thought it was intended to mean, and does to me. Respect hard work.
Jermiane Joiner
I remember when reading this post back on the 6th of September remembering how good this article made me feel about this type of training. Love it...
Luke Eaton
The penultimate paragraph literally had me in tears with it's pure truth.