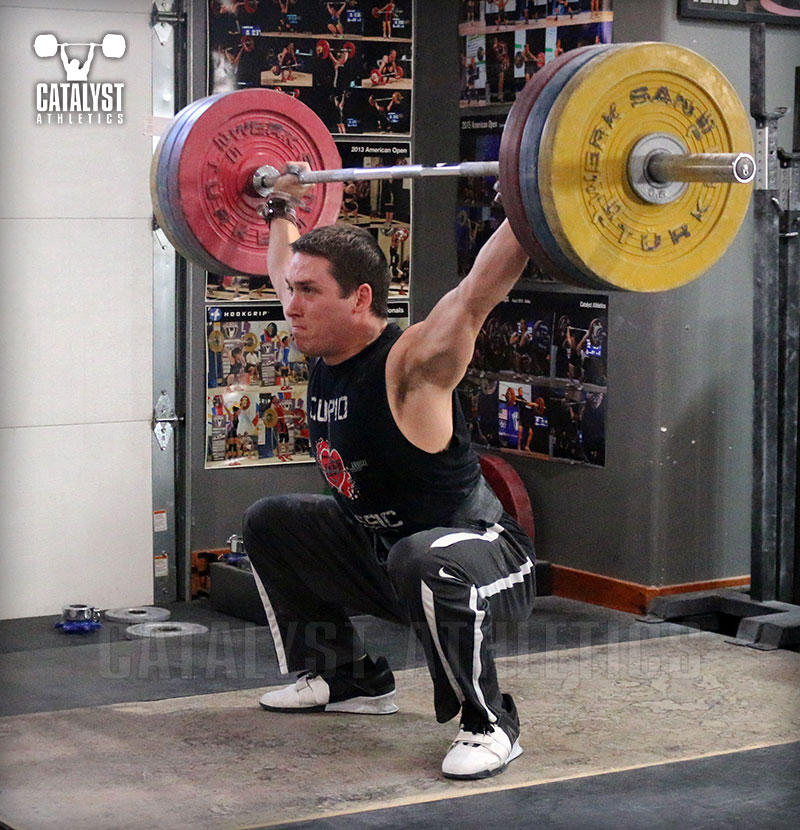 Let’s talk about how to pick the proper warmup weights when you’re working up to your heavy stuff in the snatch and clean & jerk.

Rookies often screw this up if they don’t have anybody teaching them how to do it. We’re talking about workouts (or competitions) where you need an effective sequence of weight jumps from the empty bar all the way up to your maximum lifts.

As with many things in weightlifting, there are multiple ways to do this. However, many top lifters use a fairly similar approach with some minor variations but the same basic overall method.

I’ll give you three examples so you can see for yourself how this is often done. The first two are Chinese Olympic Champion Cao Lei and Armenian Junior World Champ Simon Martirosyan. The third one is…me. Make sure you understand I’m not trying to put myself at the same level as these two. I just wanted to throw in a third example, and my own numbers were easy for me to include without having to do a bunch of extra research.

When you read these numbers, please note that all three lifters did multiple sets/attempts with several of the weights that are listed. For example, the first weights listed are 35 for Lei, 70 for Martirosyan, and 50 for me. All of us did each of these weights at least a few times before jumping up to the next weight. Just so you know you’re reading only the weight sequences for each athlete, not a complete list of the total number of warmup lifts with each weight.

*The first number is the warmup weight in kilos, and then I included the percentage of the athlete’s top weight at the competition. So when you see Cao Lei’s 35 kg snatch warmup listed at 27%, that means 35 kg is 27% of the 128 kg she made on her 3rd attempt at the meet.

Some points of interest to mention: Your homework assignment is to figure out the percentages you typically use for your own workouts, and then compare them to the ones you’ve seen here. If you’re in the same ballpark and you normally train/compete well, you’re probably doing it right.

Like I said, not everybody knows how to do this. I’ve seen a lot of guys with 90 kg PRs in the snatch who start their warmups with 70 kg. That’s 78% right out of the gate. Probably not the best way to do it.

Don’t get me wrong… you can warm up however you want to. You can stand next to the platform and wait until it’s your turn to lift, then do a few jumping jacks, scream “AMERICA!!!” and then rip the hell out of that sucker, if that’s what makes you happy. I’m not trying to stop you from living your dreams. Just trying to give you a few more tools. Best of luck!

DP
Her family name is Cao 曹 not Lei 磊
Yep. And out of the 4 times he referred to her by one name, only once did he mistakenly use Lei. Seems like an obviously innocuous mistake.

Greg Everett
Dan
I think that'd be a great ice breaker and relaxer on that opening snatch attempt. step on the platform, look directly at the head official and yell "Merica!" then lift. lol

I over warmed up at my last competition - I did something like 9 C&J's in the back and was way to worn out for my competition lifts. Less is more for sure for an old guy like me.

Matt Foreman
When I mention people by name in writing, I often bounce back and forth between using their first and last names. For example, if I was writing something about Colin Burns, I might call him "Colin" some times and "Burns" other times. Just my style, no disrespect meant.
DP
Can't blame anyone. Modern Chinese names used to be predominantly in 3 characters, 2 for first name (Xiao Jun) and 1 for family name (Lu), very rarely 2. Very easy to tell which is which. In recent decades lots of people, especially in the Mainland, were named with 2 characters only. Hence the confusion by non Chinese.
Claire
Thank you for this article! I'd been wondering about warm up weight progressions recently and this definitely helps.
Justin Escalante’
Thank you, Matt! I typically warm up like Cao and that really works for me, but it’s cool to see how others do it so if I get rusty, I can switch it up a little.