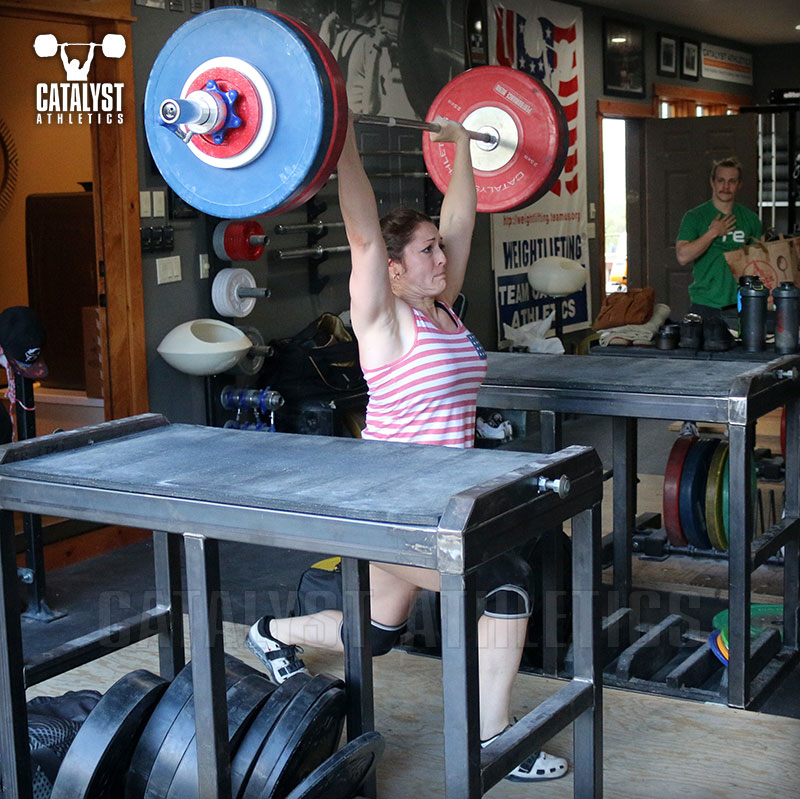 Technique has to be the favorite topic in weightlifting. I’d personally rather talk about and deal with it over programming any day. I assume the appeal for most of us is its mechanical nature—mechanical things can be diagnosed and fixed. It seems more accessible and manageable than program design, which is something you rarely get black and white answers to, and which can give you a lot of dubious feedback.

Of course, technique work isn’t always straightforward either. You still typically have to diagnose the cause of a problem before you can come up with ways to correct it, and not every method works the same way with every athlete.

However, one thing I’ve found consistently successful is what I started calling technique primers a number of years ago. This has nothing to do with the type of exercise itself, but with the timing of its use. Any exercise can serve as a technique primer, although not all are appropriate.

The idea is simple: you use one exercise to “prime” the technique of another. You can cue an athlete or yourself, or explain a concept, until you’re blue in the face, but that doesn’t necessarily work. What’s more effective is finding a way to allow the body to practice the correct motion repeatedly.

Breaking the total movement down and isolating the problem is usually the best way to do this initially. If you can’t figure out how to finish your snatch pull with adequate leg drive, just continuing to snatch over and over while trying is not likely to produce great results. If you instead perform snatch from power position, it’s much easier to focus on vertical leg drive and the proper timing because of the simplified lift that places you in a perfect position to execute the desired motion.

Performing a technique-oriented lift chosen specifically to address whatever problem necessary at any point in your training is going to help to some extent—it’s practice, and correctly performed practice gets you better at any skill.

But we can make it more effective by performing that technique lift immediately before the primary lift it’s intended to improve. Using our same example, performing several sets of snatch from power position with relatively light weights immediately before beginning the snatches you have in the training session gives the body chance to practice and internalize the proper motion. That improved motion is then far more likely to transfer to the snatch itself because it’s so fresh. You then have a training session of more technically accurate snatches to build on the skill practice and further refine and ingrain a better motion.

In most cases, 4-8 sets of 2-3 reps will be plenty. Weights should be selected to allow the best possible execution of the exercise with the least possible fatigue—it won’t help the subsequent lift too much if you’re smoked from the technique warm-up.

Here are a few suggestions for common problems: