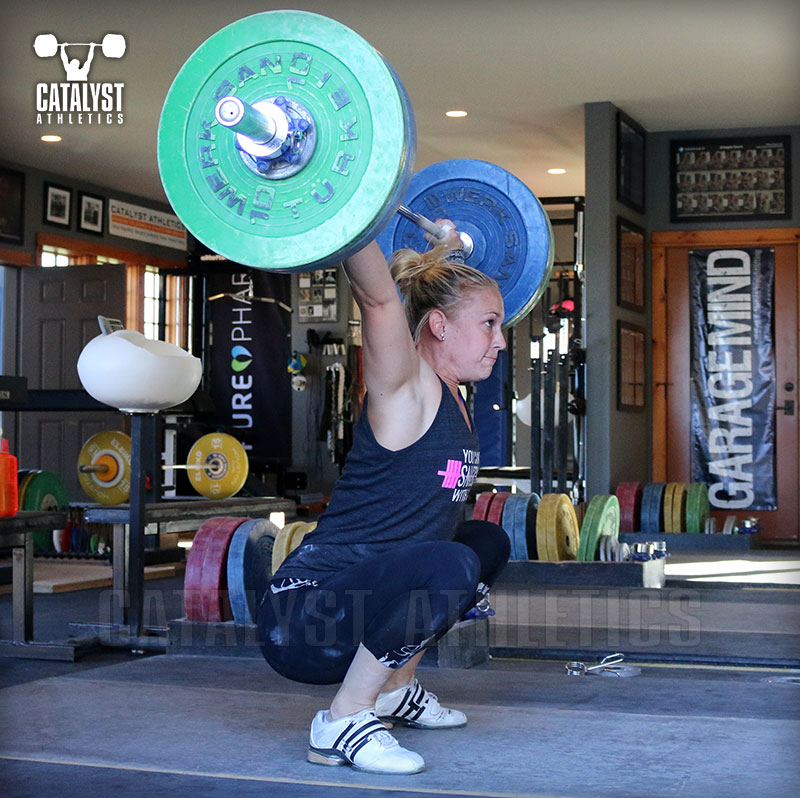 Remember when you learned about peer pressure for the first time? You were probably in high school, or maybe junior high. A teacher showed you a video where a juvenile delinquent kid with a motorcycle offers drugs to a little straight-laced kid that looks like a church missionary. As the missionary kid tries the drugs for the first time, Inna Gadda Da Vida starts playing in the background and some kind of kaleidoscope effect starts happening on the screen. Three minutes later, the missionary kid is face down in a gutter and a narrator tells you, “Kids, don’t give in to peer pressure.” I got a kick out of those videos because the kid with the motorcycle always seemed like he would be a lot more fun to hang out with than the other kid.
You were taught that peer pressure is a bad thing, and that’s a good message for teenagers when you’re talking about making life choices. But in weightlifting, I think peer pressure is a good thing. It’s a great thing, actually. Peer pressure can be one of the most valuable weapons you have. Here’s an example of what I’m talking about.
When I left Arizona and moved to Washington to train with the Calpian Weightlifting Club back in 1993, I got the biggest wake-up call of my young career. I had a 120 kilo snatch and 150 kilo clean and jerk at 100 kilo bodyweight at the time, and I thought I was pretty studly. Then I got to the Calpian gym and quickly found out that I was nothing special. There were four or five guys there who were national championship contenders. All of them were better than me, and they didn’t have a problem letting me know that they were better than me. I had to train on a different platform, and they would bust my chops now and then about how I was heavier than them but they could still lift more than me. I was treated like a rookie, some greenhorn who just staggered in the gym and didn’t know a barbell from a blue ball. It pissed me off something fierce.
I made up my mind pretty quickly that I wasn’t going to stay at the bottom of the barrel for long. And in less than a year, I put thirty five kilos on my total. I beat most of the guys in the gym and started qualifying to compete at all the top national meets with them. It was the biggest year of progress I’ve ever had.
The hunger to compete at the national level was part of my driving force during this time. But I swear to you, my main source of motivation was just the desire to be one of the top guys in my gym on a daily basis. I wanted to lift the biggest weights in the gym at every workout, and I didn’t realize until later that peer pressure was really what this was all about. My teammates, even if they didn’t realize it, were pressuring me to train harder. I decided to push beyond my limits because I wanted to fit in with the best lifters, just like the nerdy kid in the video decides to smoke weed because he wants to fit in with the cool kids.
I think most of us are pretty competitive people. We want to excel, to rise to the top of what we’re doing. Even if you’re not the type of personality who is driven to make it to the top, I’m sure you don’t want to stay at the bottom. I can’t imagine anybody who likes finishing last all the time. That’s why you’re lucky if you train in a gym where there’s a lot of tough competition around you every day. When you constantly feel the heat coming from your own teammates, it keeps you sharp. Use it to your advantage.
If you train in a gym where you’re twenty miles ahead of everybody (or if you train alone), then pick a competitor that you know you’re going to have to face somewhere down the road. Think about this person every day. Convince yourself that this person is busting their butt in the gym, and make sure your effort exceeds theirs. NOTE: This technique works even better if you hate the person’s guts.
One way or another, keep the pressure on yourself. Don’t run from it. Welcome it. Hell, invent it if you have to.

Heavy Evy
"This technique works even better if you hate the person’s guts."