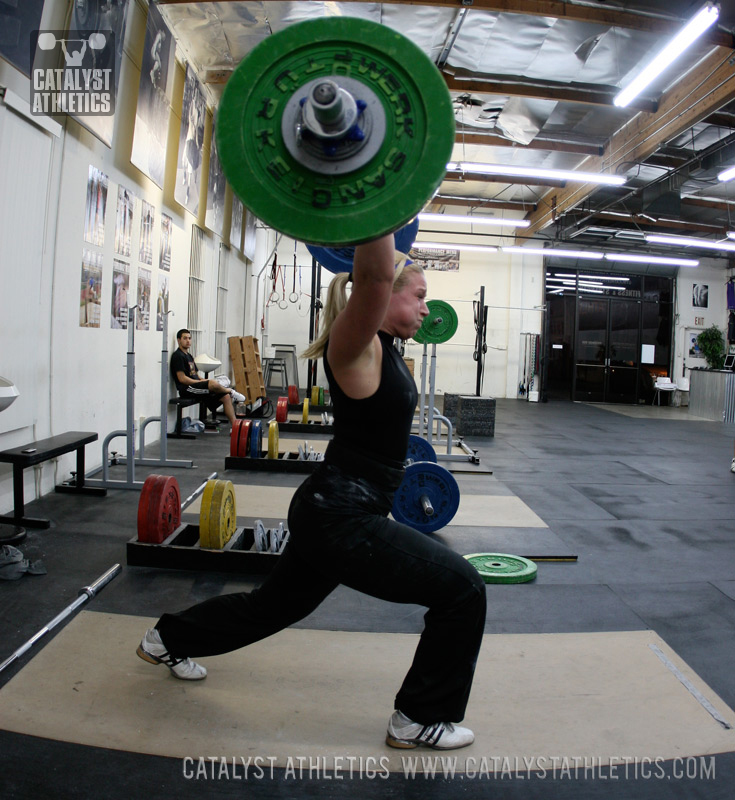 This post will be a little different from what I’ve been putting up lately. I’ve written a lot of stuff in recent weeks about motivation, lifestyle, inspiration, etc. I’ve loved doing it, many of you have given me some really kind words that I won’t forget, and I’ll come back to those subjects in the future. But for right now, let’s just get some straightforward lifting analysis and advice on something that ALL OF US need to work on. We’re talking about jerking, brothers and sisters.

All I’m going to do here is list off a bunch of random things I’ve learned about jerking throughout the last two decades. In my early years, it was my arch nemesis. I sucked at jerking and it made me feel like I had no value as a human being. Then, with a lot of work and some major changes, I fixed it. Here are some tips that helped me.

You have to remember that jerking is a leg lift, not an upper body lift. When people see the jerk being performed, their first thought is that the arms are ramming the bar overhead. Actually, the power of the legs is the main factor in successful jerking. The arms obviously have a role in it because they extend and lock the bar overhead. But that bar comes off the shoulders because of the explosiveness and accuracy of the dip-drive phase. This is why it’s possible to clean and jerk heavy weights without having buckets of upper body strength.

Most of the best lifters in the world use what we’ll call a “medium-split” position when they do jerks. If you watch a lot of world championship footage, you almost never see any deep-split positions. When I say “deep-split,” I’m talking about what you would see from somebody doing a lunge exercise, where the front thigh is almost parallel to the ground and the back knee is a few inches from it. Elite lifters don’t do it this way because the key to better jerking is driving the bar higher, not splitting deeper. With the depth of your split, there’s a limiting factor. You can only split so low before your knee hits the floor. However, there is no limiting factor in how forcefully you can drive the bar off your shoulders. The sky has no boundary, at least not one you’re going to hit with a barbell. So once a lifter has established a consistent, solid medium-split position, the main emphasis should be improving and strengthening the dip-and-drive phase, because this is what will ultimately determine the skill of the jerk.

Having a lot of upper body strength is a good thing in weightlifting, but it can also be a hazard when the athlete is learning the jerk. If the lifters have the type of shoulder/arm strength that will allow them to “muscle” the bar over their heads, they’ll be able to successfully complete jerks even though they’re using shoddy technique. The easiest people to teach the jerk to are often those who don’t have an abundance of pressing strength, because they’ll be forced to rely on their legs to execute the movement.

There’s no universal rule on the width of your grip. Some great jerkers have a narrow grip, and others go wide. The main issue is that your jerk grip has to be positioned so that you can clean with it. If you can’t rack your cleans on your shoulders with the grip you’ve selected for your jerk, then you won’t be able to perform a full clean and jerk effectively UNLESS you can master the technique of cleaning with a narrow grip, and then popping the bar off your shoulders and simultaneously sliding your hands out wide on the bar when you stand up and prepare to jerk. This one requires a lot of practice and athletic ability, but it can definitely be mastered. You see it sometimes with lighter weight lifters at the top international meets.

Some of my personal favorite teaching cues for the jerk:
- Relax your hands before you dip
- Dip your butt between your heels
- Big chest
- Punch over the ears
- Big air before the dip
- (some of these require additional explanation the first time I use them, and maybe even hands-on guidance)

Behind-the-neck jerks can be a valuable teaching tool for beginners and intermediate lifters because they make it easier to hit the overhead lockout position. However, my personal opinion is that advanced lifters should practice rack jerks from in front of the neck, as they will in competition. Behind-the-neck jerks can be a “trick lift” where the mechanics of the movement allow the lifters to jerk significantly more than they’re actually capable of in a full clean and jerk. They might be good for showing off, but they don’t transfer to the competition platform that well.

There, now you have something to apply to your training. These might seem like very basic concepts, the type of stuff you learn early. However, I think it’s worth mentioning that I didn’t really figure out some of these ideas until I was eight or nine years into my career. Somebody said them to me when I was getting started, or maybe I read them somewhere. But it took a long time before I truly understood how to use them. There’s a big difference between A) knowing a piece of information and B) actually putting it to work. The first one just makes you a better talker. The second one makes you a better lifter.

Good luck, and may all your jerking dreams come true.

Spencer Mackay
How about some love for the squat jerkers!? Nice article.
Fabrice Henry
If a lifter has a bruised collar bone that prevents racking on the front of the shoulders, would you recommend behind-the-neck jerks until they can hold the bar without pain in the front rack position?
Matt Foreman
Sure, I think that would be okay. But the bigger issue will be fixing the technical problem that's causing your collarbone bruise. If you're turning your elbows over and catching your cleans correctly, you shouldn't have the bruising problem. I think doing BTN jerks for a while is fine just to let the bruise heal, but you've gotta adjust your form so it doesn't just happen again.
Jeremy
This article hits home for me because I've always seemed to have sub-proportionate upper body strength compared to my squat/deadlift. I have spent too much time worrying about pushing the bar up and pushing myself under the bar and will now work on concentrating on the dip/drive and being confident in my medium split because I also thought that was a bit of a deficiency. Thanks, Matt!
Donald
Great info!
Along the same lines, would it be fair to say that one should train to receive the snatch/clean above the "bottomed out" position of the OHS/FS? If so, is there a general range?
Thanks!