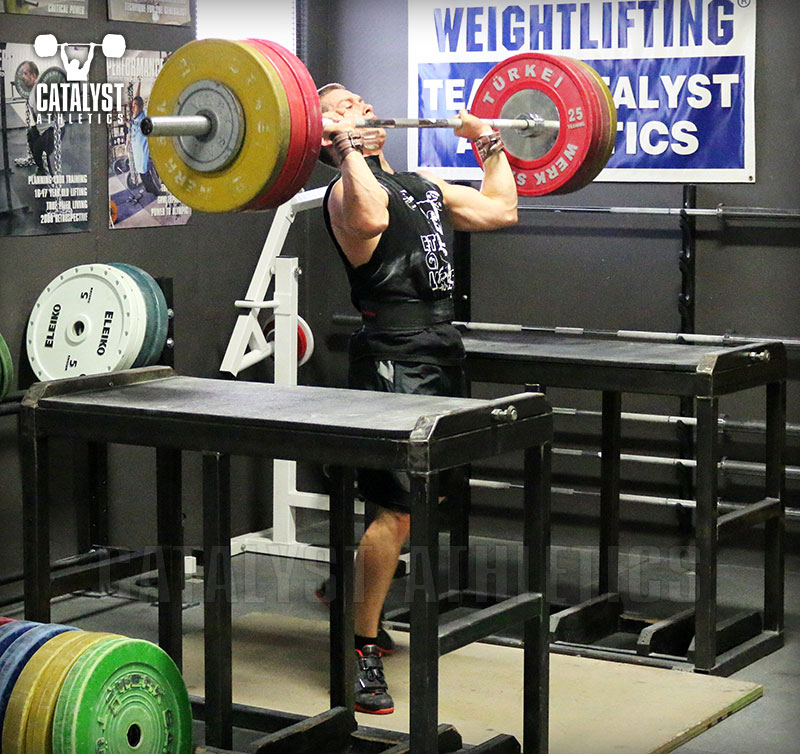 This past weekend I attended and coached in the St. Patrick’s Day Weightlifting Championships, an annual event held at Cal State University, Fullerton by LWC chair Danny McDermott. There were well over a hundred lifters, many of them first timers, and as might be expected a large number of developing coaches.

I noted that a good number of the new lifters are doing one or two things very well in their pulling technique and that is a step forward. Many of the coaches seemed to have a better grasp of the process of meet coaching so there is progress being made amongst this very large infusion of new faces to the sport in Southern California.

One of the shortcomings, however, is the lack of good technique in the jerk. I think this is largely due to the emphasis being placed on the pull. It’s not a bad idea, though, as sound pulling technique is a requirement for the snatch and clean. I just don’t get the feeling that coaches truly understand the jerk as I saw so many lifters making some challenging cleans, but missing jerks that should have been well within their strength capabilities.

Two areas in jerking technique were commonly in need of remediation.

The Jerk Drive: Most of the missed jerks were due to incomplete extension of the legs and hips during the jerk drive. I attribute that largely to a lack of jumping skills. When physical education classes began to deteriorate in the U.S., the students graduating from our high schools were sadly lacking in some basic skills, jumping being one of them. Anyone planning on becoming proficient at jerking weights needs to make sure that he or she has mastered jumping skills. The jerk drive uses the same hip and knee extension pattern as jumping. When the leg drive is lacking in the jerk, the arms begin pushing too soon, before the elbows can move out to the side. This will inevitably lead to pushing the body backwards out from under the pathway of the bar.

Jerking Foot Work: How many of you are practicing your foot work? So many of the missed jerks I saw this past weekend were due to the lifter short-stepping the front foot. The front foot always got traction first which meant that the body was pushed back out from under the bar pathway. Combine this with premature arm involvement and the jerks are bound to get lost in front.

Work on your jumping: Instead of doing box jumps to the front where such a large component is hip extension, try doing box jumps backwards. Add in some standing long jumps with full extension of the hips, knees and plantar flexion of the ankles. Also try hoping up steps on one foot. Start out with two steps at a time and progress up to three or four. Find a staircase of 15 steps or more where you can practice this.

Do some jerk drives: Jerk drives off jerking blocks is a good supplemental exercise to perform at the end of the session for four sets of three or four. The body should finish fully extended with the bar getting as much air as possible.

Practice your footwork: How much time do you spend practicing splitting so that the back foot gets traction first. This is one way of making sure that your torso ends up beneath the bar when jerking. If you lean too far forward in the dip or drive portion of the jerk, you will surely short step your front foot and lose the jerk out in front.

Stefan
This gave me an instant improvement in my jerks:"splitting so that the back foot gets traction first."