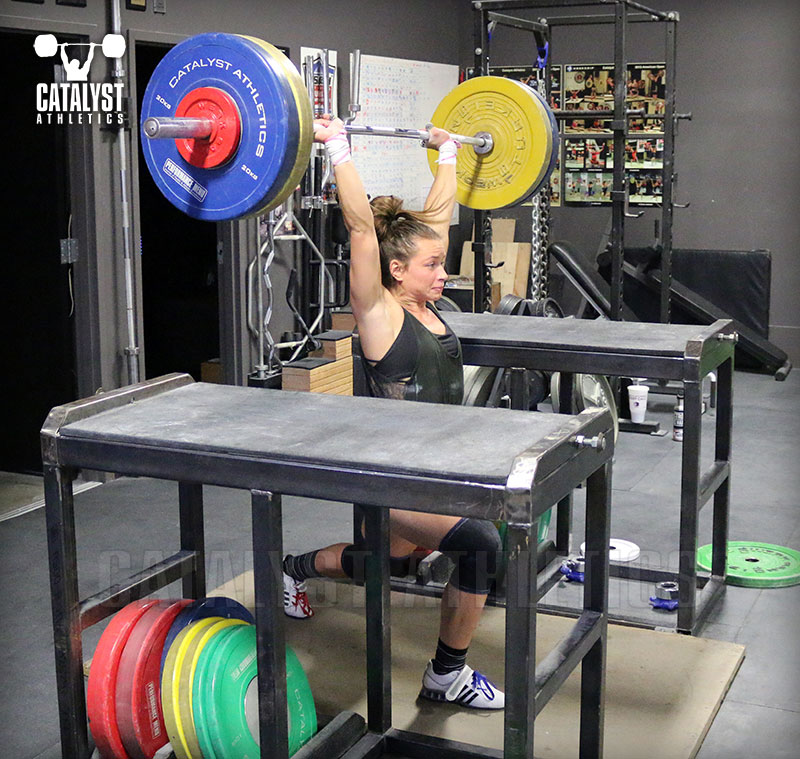 Let’s take a look at your pain tolerance.

I don’t need to tell you that weightlifting involves dealing with some pain. And this blog would be about six lines long if I applied the old “just suck it up and deal with it” mentality to the whole issue. We could just blurt out that mantra and be done with it.

But here’s the thing, brothers and sisters… It’s not always as simple as “just suck it up and deal with it.” There are a few things you need to keep in mind before you decide to use the amazingly unintelligent strategy of handling every situation the same way.

There are two types of people when it comes to enduring pain. There are Bricks, and there are Twinkies. If you’re a coach, you damn well better make sure you know the difference between the two. And if you’re an athlete, you need an honest self-evaluation of what you are.

Let me give you a couple of definitions:

Bricks: These are your toughest athletes. We’re calling them Bricks because they’re hard and resilient. Bricks usually work harder than anybody else, and they don’t complain much. Load them up with the most sadistic workouts you can think of, and they’ll just grit their teeth and fight through that mother. Even if they’re not the most talented ones in the program, they’ll still pull ahead of a lot of people simply because of their will and work ethic.

Twinkies: The name says it all. They’re called Twinkies for an obvious reason…they’re soft. Most of the time, they whine a lot and try to weasel out of hard workouts like a little scummy rat crawling into a hole. It seems like they’ve got a new “injury” every time you talk to them. Sometimes they happen to have a lot of natural talent, so they’re at the top of your ranking lists because they’re still good enough to beat almost everybody else despite being lazy and spineless. But Twinkies never really reach their potential because they’re just not tough enough to squeeze everything out of themselves.

Seems simple enough, right? Everything is black and white. You’re either a Brick, or you’re a Twinkie. Well…it’s not always that easy to figure out.

I’ve known Bricks that complained a lot. They pissed and moaned about their aches and pains, but you know what? Those suckers would still do every single rep in their workouts, every single day. They never cut corners or skipped anything. Their words might have sounded soft, but their actions were pure rock. These are rare ones, granted. I’ve probably only trained with two or three people who fit this description, but the point is that they do exist. As a coach, you don’t have to worry about them. They’ll gripe, but they’ll still do their work.

I’ve also known athletes who put up the greatest Brick image you’ve ever seen, but they were still Twinkies. They look, talk, and act like hardcore terminators, but they’ll slink out of a workout if they’re feeling a little achy. Sometimes they come from a background that sounds really badass, like wrestling or the military, so everybody automatically thinks they’re gonna be Bricks. But their actions don’t back it up.

In other words, there are grey areas here, as with everything else in life. Some people fit neatly into a classification, but some don’t.

By the way, gender has absolutely nothing to do with this. When I think about the ten or fifteen toughest athletes I’ve ever trained with, it’s probably 50% male and 50% female.

I’ve known some Twinkies who are proud of it. They’ll openly admit that they’re lazy and don’t like working hard. To me, this would be like standing up in a room full of people and saying, “Hi, my name is Bob and I like to play with my own poop.” Even if it’s true, how the hell could you ever say it out loud where people can hear it?

Let me say something to the coaches. When a Twinkie comes to you and complains about pain, you need to have a hard attitude. Don’t indulge them and listen to it. They come to you and say, “My wrists hurt.” So you say, “Yeah, there’s gonna be some pain with this. Your wrists are gonna be sore and you just have to live with it. It’s like this for everybody.” This might not seem nice, but it’s the right way to handle it. Some people call it Tough Love. The athlete might get pissed at you because you were insensitive, but that’s part of how this works. Athletes are going to be pissed at their coaches sometimes. It’s to be expected.

When a Brick comes to you and complains, you’d better listen to them. These are your hardest people. If they’re complaining about pain, it’s probably serious. They’ve proven through their past behavior that they’re not trying to dodge the work. They’ve earned their stripes, they want to train hard, and they’re not happy about whatever it is that’s bothering them.

If you decide to dismiss a Brick the same way you dismiss a Twinkie, you can very easily wind up putting that Brick in the hospital. Some coaches are pretty obsessed with their little hard-ass image. They care more about looking tough than they care about their athletes’ safety. So they’ll tell their Bricks to just suck it up and deal with it. And that’s exactly what the Bricks will do. They’ll dive under a heavy snatch with a shoulder/elbow/knee that’s flirting with disaster because that’s what the coach told them to do. Congratulations, now the hardest workers on your team have injuries that require surgical repair. It might be the end of their career. And you know what? It’s partially your fault.

Some people might seem like Twinkies at first simply because they’re inexperienced. They’ve never trained with pain, so they think they’ve got a serious problem when things start hurting, but they learn and acclimate with time. They can become Bricks.

I think it’s rare to find a true 100% Twinkie in weightlifting because the difficulty of the sport weeds them out almost instantly. They quit, retreat to their true home (the couch), and continue to live as a hemorrhoid on the ass of society. Then they get married, have eight kids, and raise a whole generation of Twinkies that are as useless as Lindsay Lohan’s rehab program.

But that’s life, I guess. The world needs all kinds of people, and they’re all special in their own little way.

Jennifer Ford
HAHAHA - I love this! Thanks for making everyone involved in this editorial "responsible" for their safety and progression. Now I'm craving Twinkies...damn! :)
Rusty Pagano
Great article and true to the word!
Jules
This is by far one of the BEST articles Ive ever read. Thankyou Matt for not only making me pee a little. But for truly pointing out 100% truth. I read it from both sides. An athlete and a coach. As well as from someone whose doing everything possible to come back from a nasty injury that required surgery and has kept me off the platform for 2 yrs. I was a stubborn brick. And it costed me alot. I'm gonna be back out there someday. And I will still be a "brick." But a brick, that even tho cracked in some places and needed a few extra heapings of cement to put Humpty back together again, this brick will now come with some wisdom because "getting hurt" hurt me as an athlete but made me a damn good coach who comes with more awareness of my athletes then ever before...because "been there done that, dont fuck up like I did." " Im not only the hair club president....Im also a client..."
Scott
One of the funniest yet most true training articles written. Thanks for your candor, humor and tell it like it is attitude!