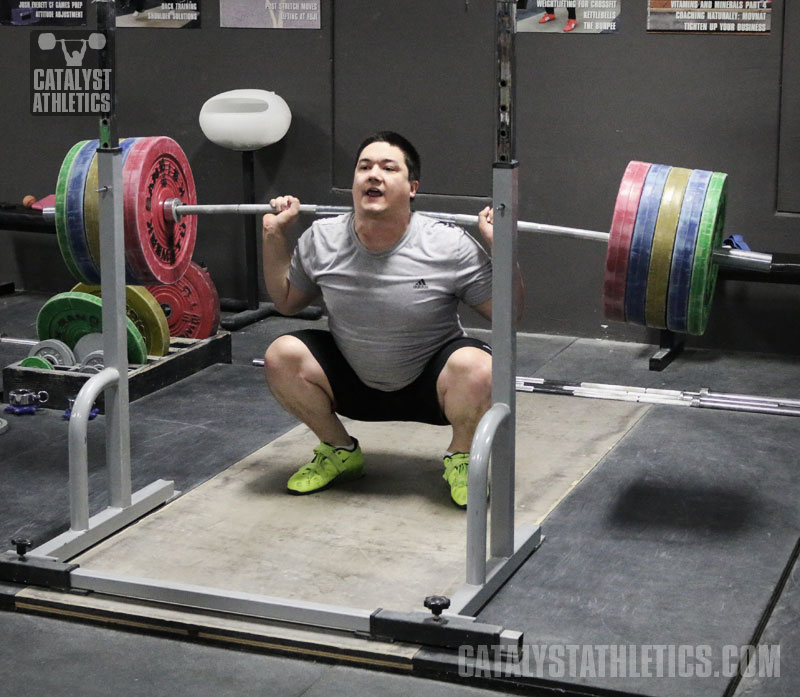 Okay, I’ve got some important ideas to share with you, and I just came up with them about two hours ago. So I need to get everything down on paper before I forget it.

Make sure you understand something right from the beginning. I have to start this article by talking about myself, but I’m going to transition into talking about YOU. And you want to hear what I’ve got to say, because it might keep you from having workouts that are as wretched and miserable as the one I had this morning.

First, we need to talk about eating. If you’ve read some of the things I’ve written in the past, you’ve probably caught my little wisecracks about nutrition. I joke a lot about how I eat like crap…how special diets are silly and how much I love Taquitos and cupcakes, that kind of stuff. To be totally honest with you, I’m usually exaggerating. I actually eat pretty healthy, by weightlifter standards. My daily diet is mostly tuna, egg whites, fruit, lean meats (chicken, pork, and beef), beans, vegetables, and tons of water. I like my Monster energy drinks and Diet Coke, but only in moderation. I drink a few beers and have dessert once a week (usually Saturday night) and I rarely get carried away with either one anymore.

I’ll indulge in pizza, burgers, and other junk when the time is right, but I keep it all pretty controlled. So there you have it, my peeps. I’ve just admitted it. Matt Foreman is a closet healthy eater. I’m also a very CONSISTENT eater. Because I have the kind of personality that likes habits and routines, my daily eating schedule is very steady. I eat the same things at the same times, almost every day.

Now…let me tell you where I’m going with this. My wife and I went on vacation last week. We spent a week in the Monterey/Carmel area having ourselves a real keen wingding. One of the best parts of vacation is always the food, don’t you agree? There’s nothing better. You travel to new places and you see all these kickass restaurants you’ve never been to. Since you’re on vacation, you cut yourself some slack and indulge in all of it. You walk downtown and pass some Italian/Mexican/Irish joint, and the smells from inside suck you through the door like a frickin tractor beam. You say to yourself, “Okay, if we’re gonna do this, let’s REALLY do it.” Before you know it, you’ve pounded wings, nachos, burgers, chimichangas, pasta, a bunch of microbrew beers you can’t get at home, and a dessert called Chocolate Holocaust or something like that. Your breathing is impaired as you waddle back to the hotel like a pot-bellied pig. You have to sleep on your back and sex is out of the question, but you’re still happy.

That’s how I spent last week. It was glorious. Then I came home and did my first post-vacation workout earlier today.

You know those days when you can tell it’s all going to hurt, as soon as you start moving around and stretching? As soon as you put your shoes on and do your first arm circles or air squats, it’s obvious you’re in trouble. Your joints feel puffy. That’s right, they actually feel a little swollen and tight. You’re already sweating, and you’ve barely done anything. Your normal stretching routine is making you breathe heavy, and you haven’t even touched the damn bar yet.

Then…you start warming up with the bar. Holy buckets of lizard piss. You’re stiff, bloated, unattractive, and every weight you lift feels 20 kilos heavier than usual.

That’s the kind of workout I had today. Over the last few months, I’ve been back squatting and deadlifting in the 455-485 lbs range consistently. I’ve been doing the OLifts less frequently because I’m focusing more on strength movements, but I’ve still been snatching around 120 kg without much trouble whenever I do them, power cleaning and push jerking 140 kg also. None of these weights put much fatigue or pain on me, and recovery isn’t a problem.

That’s it. That’s all I did. Not much work, and it felt like absolute goat vomit. Joint pain, profuse sweat, huffing and puffing…the whole nine yards. I didn’t even do any OLifts, squatted lighter than usual, and did minimal assistance work. How did I feel when it was all over? Well, let’s put it this way. If I would have had a rape whistle at the end of the workout, I would have been lying on the floor and blowing it with every ounce of strength I could muster from my gelatinous body.

It’s not hard to figure out why everything was so hideous. I was paying the price for vacation. I spent seven days gorging on unhealthy food, and my body responded normally. If you ingest nothing but garbage, you’re gonna feel like garbage.

This isn’t a revelation, by the way. I’ve been lifting for almost 30 years and I’ve had plenty of workouts like this following a multi-day binge. I knew I was going to feel like puke today, and I was prepared. Fortunately, I also know I’m going to feel good again by the end of the week because I’ll get back on my regular eating routine.

And that brings me to you. One of the best pieces of advice I can give you in your weightlifting life is to eat well and, just as important, eat consistently. Controlled eating habits and routines are hugely beneficial to your training. I’m not saying you have to be totally obsessive-compulsive with your eating habits, but it doesn’t hurt to be a LITTLE obsessive-compulsive with them. If you stick to an established pattern, you’ve got a much better shot at keeping your body in a reliable performance state.

One of the biggest battles we all face is simply feeling good in the gym on a regular basis. You don’t want big daily fluctuations between feeling sensational and…feeling like hell. You want your body to feel healthy and ready all the time. To get this, you have to implement some control into your life. If you can control your habits in the three major areas (eating, hydration, and sleeping), this whole thing will be a lot easier.

Am I telling you to make yourself crazy with control-freak mentality? No. I’ve known a few lifters who drove themselves into clinical depression because they were so maniacal about their eating regimen. That’s not how you want to live.

I’m also not telling you that you shouldn’t loosen up and enjoy yourself when you’re on vacation, or during a specified indulgence time that you’ve planned into your week. You’ve got to lead a happy life, and eating happy food is a huge part of that.

My point is simply that organization, habit, and solid dietary fundamentals will make you a better weightlifter. That’s it. As always, be smart and don’t get carried away with anything.

Tom
I've found that I'm less stressed and happier when I release the rains of a super strict lifestyle/ diet. But I strongly believe that one must stay consistent and treat the body well from a dietary standpoint. I've been adhering to the "primal" lifestyle for a while now and feel great, I've even flirted with nutritional ketosis a few times. I've found that selfish indulgences here and there teaches me appreciate food more and makes me feel more human. I agree with staying on track and "be smart and don’t get carried away with anything."
T
Comparing a hard workout to being raped really sucks.
A
Using the words rape and holocaust is unnecessary in getting your point across. I appreciate the articles on Catalyst Athletics, but this is just in poor taste.
Sam
Makes sense with the whole lax in diet, but I find going to the gym after taking a week off a huge struggle regardless of how I've eaten the week before.
A
I think the article was great, people need to stop being so sensitive he didn't glorify rape or the holocaust, seems like he's got a very british sense of humour
G
Great article! And for the record - he didn't talk about 'The Holocaust' as a proper noun - he talked about a desert named 'Chocolate Holocaust.' The H word was around long before WWII - the atrocities of the NAZI's fit that word well - but it's not something the victims of NAZI Europe own or have title to solely. I have indeed been to restaurants with deserts named 'Death by Chocolate' - it doesn't mean the restaurant glorifies murder by drowning someone in essence of the cacao bean - it's a metaphorical exaggeration used to generate shock value. And it worked ;-)

J Flo
I would love to see more nutrition articles! I love reading your material :)
DINO CAPRA
hey, i know it is really difficult to reply to all commentators, but for someone that lifts at night, usually before i get to bed, what would you suggest would be the best nutrition/diet schedule, if you could include the breakdown of macronutrients also that would be most helpful, and i have heard a lot of different feedback on intaking carbs for before and after a workout, any thoughts??