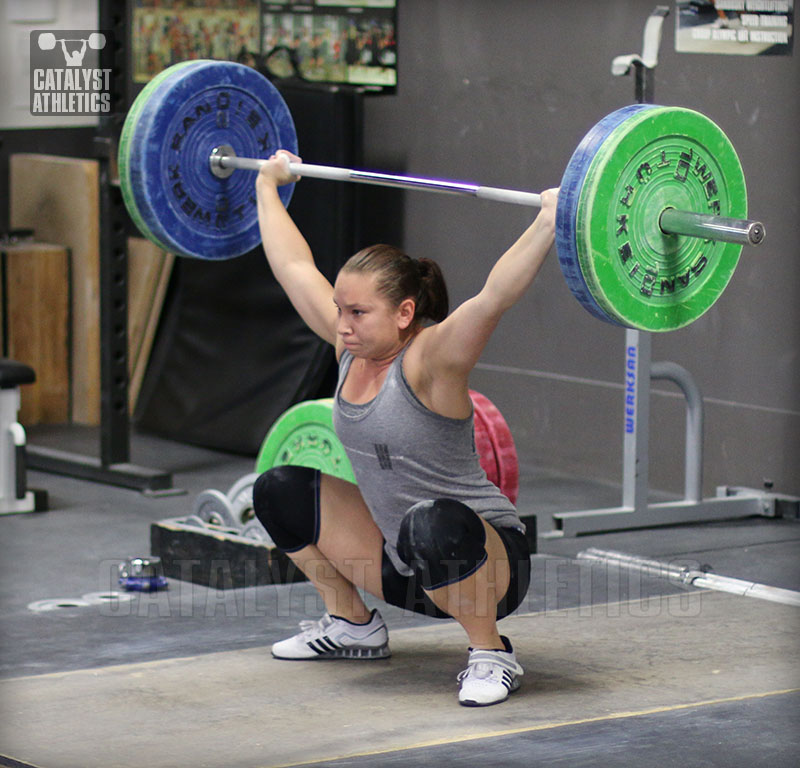 Angela D
Alyssa has quickly become one of my favorite lifters to watch and to warm up with at competitions. I love watching her and Greg interact. I definitely can relate to her struggles with mobility as I am still working on not pushing the bar forward when I jerk. Great read! Thanks Matt.
Nuno R
How did she get over her shoulder mobility issues? I have exactly the same problems as described.
This just shows how the mental state influences the outcome. Mind over body.
Nuno - I'm going to write an article outlining what we've done. Should be up next week.

Gary Echternacht
I do think that for any sport true pleasure is found in the process, the discipline of persistence, learning to understand yourself, being energized by your work, and being patient with yourself. It is amazing how far one can get in life by simply showing up consistently.
L
Can you describe some of her main mobility drills and how often she did them? I would find that quite helpful, as it is such a common problem (upperbody stiffness) in today's population. Cheers!
Already did in this article.