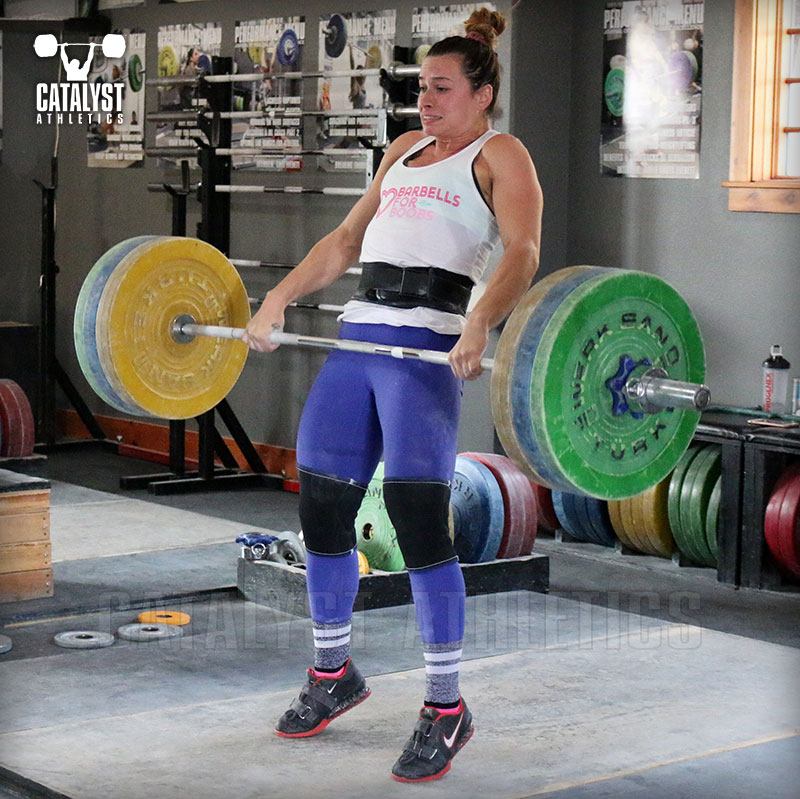 See more articles & videos like this in the Pulling Position & Balance collection.
Confusion abounds in the land of the internets when it comes to ideas of balance and pressure on the foot during the Olympic lifts. Cues get misinterpreted as descriptions of fact, terminology is vague or misused, communicating concepts and translating them into feelings is tricky, and of course sometimes people just don’t know what they’re talking about.

Let’s clear up the misconceptions and sort out the facts so the pull of your snatch and clean doesn’t have to be some kind of suspenseful mystery each time. The goal here is to give you all this information so you can gain enough understanding and the resulting confidence to never think about it again during a lift.

...your job in the pull should be comprised of two simple tasks: staying balanced over the same place and producing as much force as possible against the ground.

Center of Mass (CoM) This is simply the point somewhere in the barbell-lifter unit around which that total mass is centered. 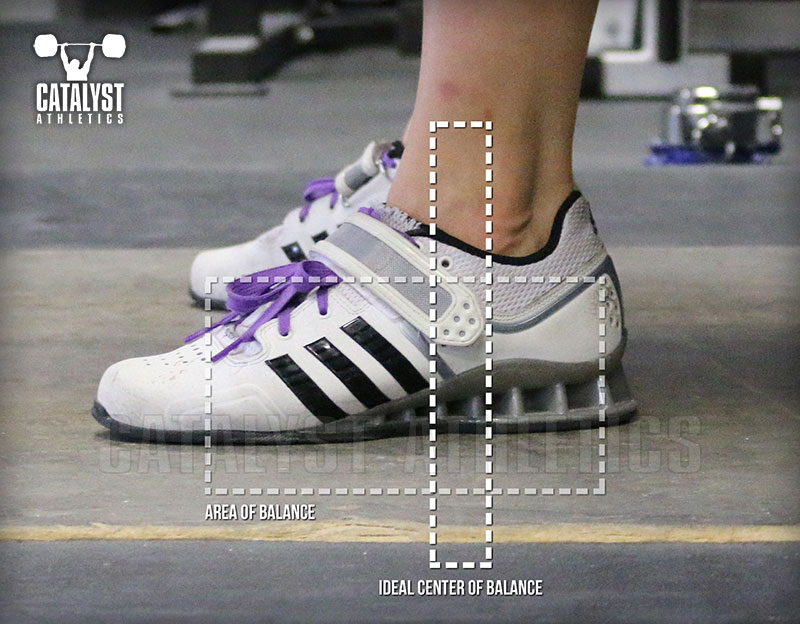 This gets more complicated when we introduce quick and fairly complex movement, as well as an additional chunk of mass that is connected but not fixed in a static position to the lifter. Fortunately, we can basically disregard the barbell for our purposes here and just assume that the lifter is controlling the bar and moving it properly to maintain optimal balance. That allows us to focus on the feet, or really the foot, since all we’re concerned with here is where balance and pressure are in a fore-aft direction.

Above I said if you stand still on the balls of your feet, the line of gravity will pass through the balls of your feet—this should be intuitive to you since you’re standing still and balancing over that point. That’s also where the center of pressure will be—it has to be in order to support this balanced position.

Now, if I told you to jump backward and tell me where you felt the pressure on your foot right before you left the ground, you’d tell me the balls of the foot again—because that’s how human beings jump, with plantar flexion that naturally accompanies hip and knee extension. But you went backward—so we know the center of mass was behind that point, which means also that the line of gravity was behind that point.

In other words, if we’re standing still and balanced, the center of pressure and line of gravity will be aligned—they have to be or instead of being balanced, we’d be falling forward or backward. However, if we’re moving quickly enough, the center of pressure and line of gravity can diverge, just like they did in the backward jump. In the pulls of the snatch and clean, where the pressure is on the foot in the top of the pull (balls of the foot) is not necessarily the point we’re balanced over. We can do what we did with the backward jump and direct our center of mass separately from the center of pressure (or, more accurately, keep it in the same place as the pressure shifts forward on the foot).

In the top of the pull of the snatch or clean, lifters will be extended onto the balls of the foot to various degrees, but in virtually every case, the heels will not be in contact with the floor. This has been misinterpreted many times as meaning that the lifter’s balance (LoG) has shifted forward to the balls of the feet, and is therefore a mistake. However, if the pull is performed properly, the lifter’s balance will remain in exactly same place over the foot as the ankle extends—a little behind mid-foot—so that the system’s center of mass remains in the same place. 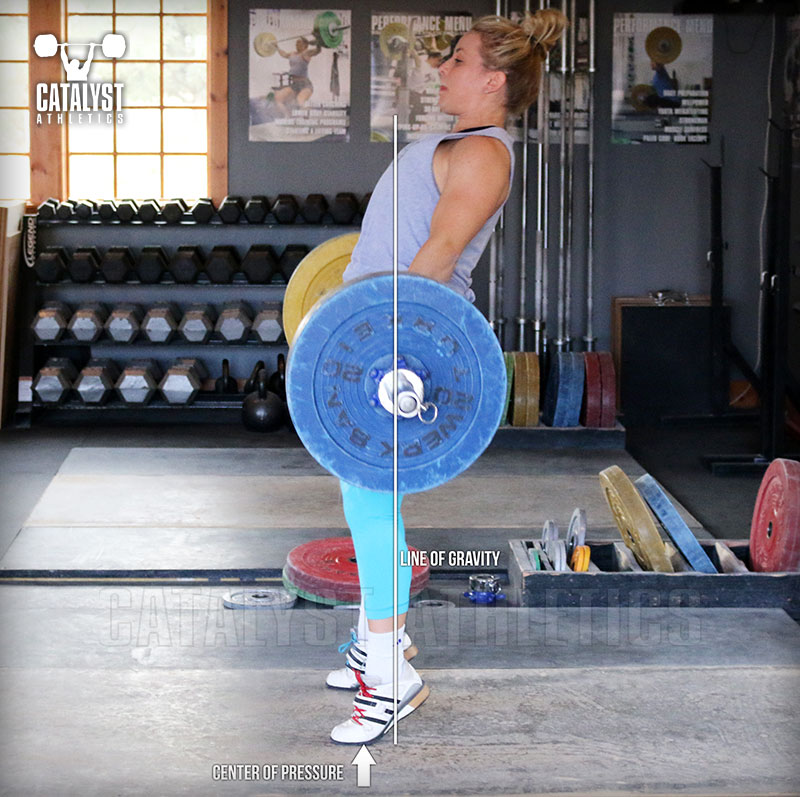 It should be very clear from this photo that the combined mass of the barbell and body are not centered directly over the balls of the foot, but a point farther back.

That is, as the lifter moves from the starting position into extension and back down into the receiving position, the combined mass of the bar and body, despite seeming to move all over the place, are always still balanced over the same place (at least on average). We know this is true if a lifter lands in the same place he/she began and is balanced when receiving the bar (we know this is not true if that lifter instead lands in front of or behind the place in which he/she started, or is unbalanced when receiving the bar, i.e. falling over).

What I’m about to say may seem to make no sense after I just spent 4 million words explaining this all—let this happen naturally. The idea here is to understand conceptually that feeling the pressure on the balls of your foot does not necessarily mean your center of mass has shifted over that point, which we would not want in a snatch or clean, and then to trust the body’s process of extending to produce force.

In other words, your job in the pull should be comprised of two simple tasks: staying balanced over the same place (line of gravity slightly behind mid-foot) and producing as much force as possible against the ground.

If you simply focus on preserving the balance over the whole foot and driving straight up with the legs, this process will essentially handle itself. If you find yourself jumping forward or backward, you know your balance is shifting rather than staying in the same place.