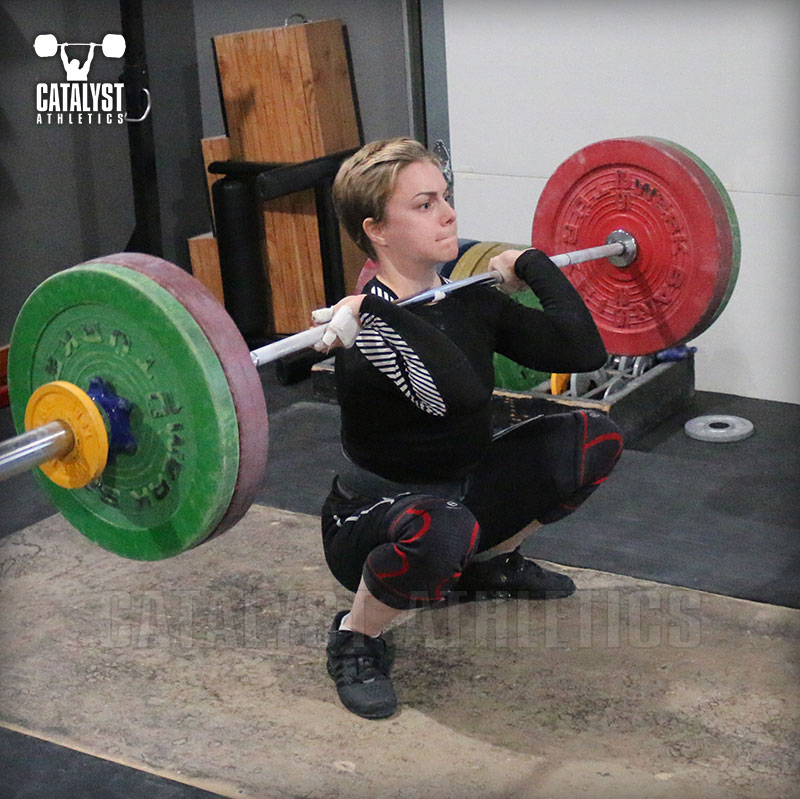 This article is mainly going to be about getting you to look inside yourself. So I want to start by asking you a question.

Could you go it alone in this sport, if you had to? No training partners, and no coach. Completely on your own, self-coached and working out by yourself full-time. How do you think you’d do in that situation?

First, let’s acknowledge that some of you are saying, “That’s what I’m already doing.” Point taken. I know we’ve got some people in weightlifting who are flying totally solo.

However, that’s not the majority of you. Most of you are involved in some kind of weightlifting community with other people. You’re part of a barbell club that trains together regularly, you have a team, something like that. At the very least, most of you probably have a coach you work with, even if you lift on your own most of the time.

When you’re lucky enough to be part of a great program with a special kind of gym mojo, it’s one of the best experiences you can ever hope for. You enjoy your teammates (at least most of them) and you’d lay down in traffic for your coach. The gym becomes one of the best places in your life, and you spend all day looking forward to going there. This is where you learn one of the truths of the iron game: weightlifting is an individual sport, but there’s usually a hell of a team aspect to it as well.

But then there’s the need for independence and reliance on yourself. How successful would you be if you had to do this sport all alone? Would you have the internal strength to keep grinding it out and pushing forward, year after year, if you were doing it all in a garage with no guidance or companionship of any kind? Would you even want to try?

I actually started my career like this. I had the support of my family in terms of love and encouragement, but my development, training, and competitive experience was entirely self-driven. I grew up in a little hick town out in the middle of nowhere. There were no gyms, no coaches, no programs to join…absolutely nothing (no internet either). I learned the sport completely on my own from reading magazines and watching VHS tapes of the Olympics, rewinding and pausing for hours while I tried to memorize the positions of the lifts. I trained by myself in the high school weight room at 5:00am before school started (I had to pick the lock to get in every day), went to meets by myself, the whole shebang. I did it like this for my first three years before I eventually turned 18, went to college, and got to start training with a coach and teammates.

This sounds awful, but I’ve always been grateful that I had to start like that. It put some hard bark on me. I spent my twenties in Washington with the powerhouse Calpian Weightlifting Club, which was probably one of the best team environments (with the best coach) I’ve ever been a part of. So I was plugged into a great community situation for my prime years, but those early days when I was all by my little lonesome have never left me.

I think it’s really important to be the kind of person who COULD go it alone if necessary. It’s fantastic if you get to be in a great team situation for the duration of your career, where your whole weightlifting journey from beginning to end is with a special group. You’re a lucky duck if that’s how it goes for you.

But if you stay in the game long enough, you learn something: teams come and go…coaches come and go…programs come and go. Long-haul weightlifters will have to depend on self-reliance at some point, most likely.

NOTE: Some of you prefer to be on your own. You might be scoffing while you read this because you could care less about working with a team and you’re completely happy doing it all solo. And that’s totally cool, if that’s how you want it. But I’m aiming this at the larger portion of the weightlifting world, where most people would probably prefer a team environment over solitary confinement.

Stop and think about it right now. How successful would you be as an Olympic weightlifter if you were cut off from your community/coach, forced to do it all with no help?

In this day and age, it’s almost impossible to be in this position. Even if you get exiled into a basement by yourself, you can still find coaching if you’ve got internet access. Lots of good coaches (and plenty of crappy ones too) are offering remote programming these days, so there aren’t going to be many situations where lifters have no hope of finding somebody who can guide their training. Modern technology has the world too connected for anybody to be in the same kind of position I was in as a kid.

But the “basement by yourself” part is entirely possible. Life throws curveballs at you. We all know this. Job changes, moving to a different state, gym closures, family demands, raising kids…all of these things can whisk you away from your weightlifting community in the blink of an eye. Then (if you can’t find a new one) you’re in a position where your capacity for self-reliance is the only thing that allows you to continue doing this.  You either get used to training alone, or you quit.

The main idea I’m trying to communicate is the need to be prepared. You might find yourself in a place someday where you have to tap into an inner reservoir of independence if you want your lifting dreams to stay alive. It happens all the time, so try to keep from becoming TOO dependent on other people.

Enjoy your team, if you’ve got one. Bond with your gym, learn from your coach, and make the most out of your time with them. Just try to figure out a way to always keep a hidden compartment in your personality that has “LONE WOLF” etched on it. Have fun working with others, but don’t rely on any of them. It’ll benefit you in more ways than one.

Justin Escalante
Thank you, Matt! I have coaches now, but I try and learn something new everyday about this sport because like you said, I might not have a coach one day or a for a short time.
Tai
I really enjoyed reading this. I am such a huge fan of Catalyst Athletics. Thank you for all the hard work and sharing!