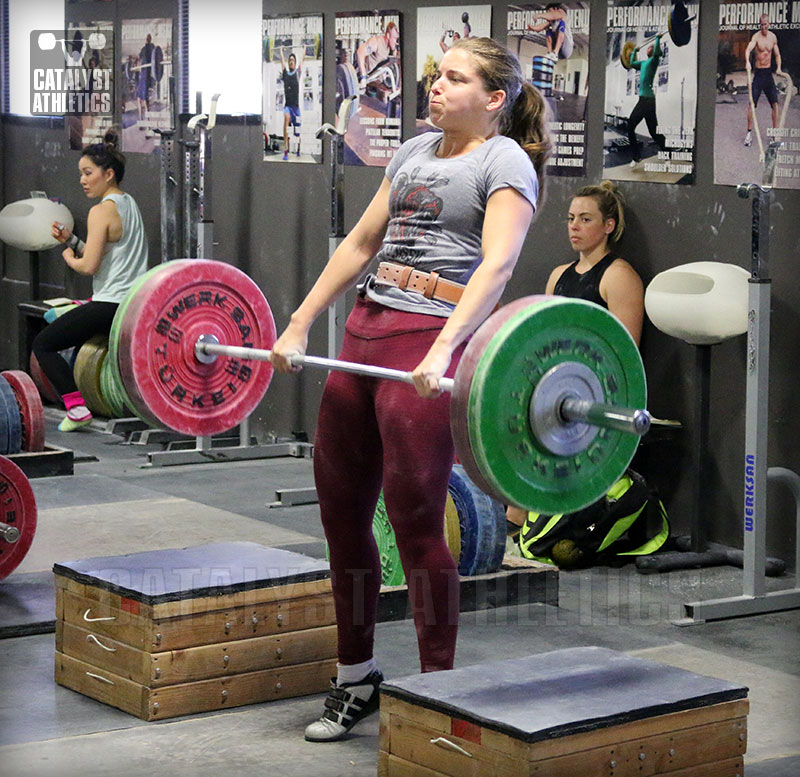 Many novice and intermediate weightlifters have no idea how important their bodyweight is. They don’t think about it enough, don’t monitor it closely, and have no bloody clue how connected it is with their success as athletes.

If you neglect the proper level of attention to your bodyweight, you’ll have a lot of trouble as a weightlifter. You’ll have plenty of lousy training sessions and likely some terrible meets if you’re a competitive lifter.

If I was a selfish butthole, I would just let you flounder around in failure and laugh when you get hurt. But I’m amazingly warm and generous, so I’m going to give you one of the things you love most… a LIST! Here are some of the best tips I’ve picked up over the last 25+ years in this sport:


1.Buy a reliable scale for your house and weigh yourself every day

When I say a “reliable scale,” this doesn’t necessarily need to be a $500 digital Fairbanks scale like they have at big national meets. I’ve been weighing myself at home almost my whole career on $30 digital bathroom scales I buy at Target. And they’ve been accurate enough. When I’ve stepped on the scale at the big meets, the number is almost always consistent with what I’m seeing at home on my Target scale.

Weigh yourself either every day or at least 3 times per week. You want a solid idea of what your consistent bodyweight is, and you have to weigh yourself consistently to get this. Weigh yourself naked, and don’t do it either A) right after a big meal, or B) right after a hard workout where you’ve lost a bunch of weight sweating. (Actually, it’s good to weigh yourself during all these times to have an idea of how much fluctuation they personally cause for you). I like to weigh myself first thing in the morning before I’ve had anything to eat or drink. That’s always given me the most accurate gauge of where I’m actually at.


2. Bodyweight is the athlete’s responsibility

In my opinion, monitoring bodyweight and keeping it in the right place is one of the few areas of weightlifting where the responsibility is almost entirely on the shoulders of the athlete instead of the coach. In most situations, coaches see you mainly in the gym. They’re not with you at home when you’re letting that one spoon of peanut butter turn into… eleven spoons of peanut butter, or when you go flying into the In-N-Out drive-thru line in your car like a kamikaze pilot invading Pearl Harbor. You’re the athlete, and it’s your job to take care of this issue and keep it under control. If you don’t manage it the right way, you’re screwing up your performance and you’re also screwing your coaches because you’re making it impossible for them to do their job.They can’t prepare you properly when you’re showing a lack of discipline and accountability outside the gym.

Monitoring bodyweight and keeping it in the right place is one of the few areas of weightlifting where the responsibility is almost entirely on the shoulders of the athlete instead of the coach.

And it’s important to know the things I wrote above are directed towards athletes letting their bodyweight gains get out of control. Trust me, it’s just as detrimental to your training when you let your bodyweight LOSSES get out of control. Some people lose weight easily. If you show up in the gym one day (or at a meet) and you just magically dropped 8 pounds, you’re probably going to have a very rough day with the barbell. Let’s say you normally clean and jerk 300 lbs at 180 lbs bodyweight. All of a sudden, you weigh 171 lbs, and you’re still trying to clean and jerk that same 300 lbs. That’s nine pounds less body mass you have to support that weight when it lands on your shoulders. That’s gonna feel different, people. I once coached an athlete who dropped almost 20 pounds in a month, without that being part of any plan. When I asked him what was going on, he continually said, “I don’t know.” I lost interest in coaching him pretty quickly, because he obviously wasn’t telling me the truth. You don’t lose 20 lbs and not know why.


3. Moving up a weight class is ALMOST always a better idea than moving down

If you’ve spent a significant amount of time in weightlifting, you’ve probably noticed almost all athletes move up at least one weight class at some point in their careers. And in the majority of these cases, the bodyweight jump results in an improved level of performance. I started my career at 15 years old, and I weighed 90 kilos. By the time I was 26, I weighed 120 kilos. This was partially caused by body mass increases from a lifetime of weightlifting, but more from the simple process of growing from a young boy to an adult man. And I unquestionably did the best lifting of my career when I was heaviest.

There are exceptions, definitely. US champions Travis Cooper and Jessica Lucero both went down a weight class within the last few years, and it resulted in the best lifting of their careers. I’ve seen a few other examples of this, but they’re definitely exceptions to the rule.

Keep in mind, I’m talking about advanced athletes here. If you’re a beginner and you’re still trying to figure out where you want your bodyweight to sit from a basic healthy life perspective, that’s different. It also has to be acknowledged that there are a few athletes who stay in the same weight class their entire careers. It’s rare, but not unheard of.

Listen, I’m continually amazed at how many athletes devote obsessive amounts of research and study to their technique and programming, but almost entirely neglect any attention to their bodyweight. It’s one of the biggest determinants of your success as a weightlifter, from both a daily and “big picture” perspective.Keep track of it, keep it consistent, make sure it’s in the right spot, and don’t allow any big unexpected changes to damage your progress.You’re the one who pays the price, after all.

muzzamilshaukat.com
Thanks For this Great Info.