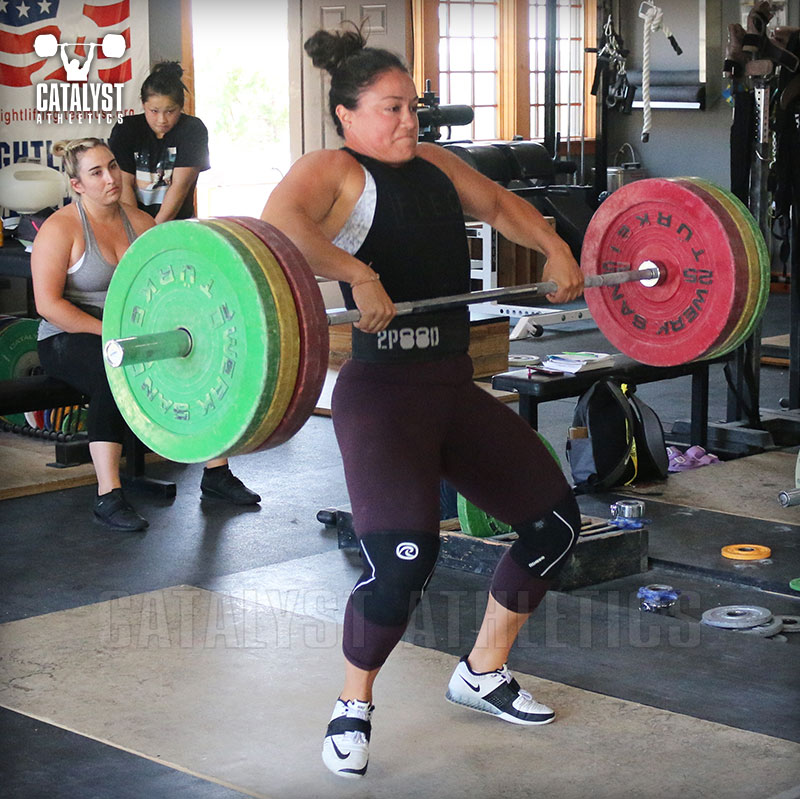 Over the years, lots of weightlifters have asked me for advice about which weight class they should compete in. They tell me their bodyweight status, the class they’re currently in, the class they’re thinking about going to, etc., and they want input about the best choice.

Sometimes, it’s extremely obvious which weight class you should be in. Many of you are probably in that situation because you walk around at a normal bodyweight that’s close to the limit of a specific class. Let’s say you’re a guy and you almost always weigh around 71-72 kg. You eat pretty normally and you don’t have a ton of excess bodyfat. Even when you’re in one of those phases where you’re porking out constantly on pizza and brownies, you still don’t blow up much heavier than 74-75 kg. The 73 kg class is clearly where you’re supposed to be.

When you’re in this position, life is a lot easier because you don’t have to wonder where you should compete. One less thing to worry about, you know? However, not everybody gets this lucky. Some lifters are what we call “tweeners.” Their natural walking-around bodyweight is somewhere smack dab between two weight classes. An example of this would be a guy who almost always weighs 92-93 kg. He’s pretty lean, he rarely drops lower than 91, and he never goes above 94. This guy is in a bit of a pickle because the current IWF men’s weight classes in his range are 89 kg and 96 kg.

He’s a tweener. His body is in between two classes, and he has to figure out if he should stay at 96 or drop to 89. If he wants to go down, he has to find a way to strip off 8-9 pounds of weight. And likewise, if he plans to stay in the 96s, it only makes sense for him to gain some mass and max out the weight class.

Which class should he choose? I always use a checklist of questions to figure this out. Here they are:

1. How easy is it for you to lose weight? – If this guy is pretty lean and he would have to kill himself to even get down to 90 kg, the 89 class probably isn’t a good move. On the other hand, if he can reduce his food portion size for a couple of weeks and get down around 89ish without noticing any major decline in his lifts, he should compete at 89. This is an individual thing. Some people can lose weight fairly easily without having their lifts go in the crapper. Others can’t.

2. How old are you? – If we’re talking about a 14-year-old kid, the normal plan for his/her career would be to progress upward through weight classes, maybe even a few of them. I started competing when I was 15, and I was in the old 90 kg weight class until I was 20. 90 kg wasn’t a problem for me all those years. But by the time I turned 21, I was a solid 100 kg. Three years later, I weighed 108 kg and wasn’t carrying a ton of bodyfat. So over the course of 8-9 years, I went from the 90 kg class to the 99 kg class, then the 108s (old weight classes). Eventually I moved up to superheavyweight and did the best lifting of my career at around 120 kg. With young lifters, this kind of pattern will often be natural. Granted, I have known a few lifters who stayed in the same class all through their junior years until they were 25. But that’s rare.

3. Do you have a lot of bodyfat on you? – Sorry to be so blunt, but you have to look at this. If the athlete in question is obese, it might be a good idea to lose a bunch of weight simply for health reasons. Sometimes, people use weightlifting as an excuse to stay fat. Not good, if we’re talking long-term living. NOTE: There are also plenty of situations where an athlete needs to bulk up and carry a lot of bodyfat to achieve their career goal, before getting healthy and dropping the weight after the mission is accomplished. Germany’s Matthias Steiner moved to the superheavyweight class and bulked up to 320 lbs to win the Olympic gold medal. After he won it and finished his career, he retired and got rid of all the fat. Now he’s a German pop singer (seriously) and he looks like Justin Bieber. In other words, you can temporarily turn yourself into a cow if that’s a necessary part of your weightlifting goal. But if you’re a regular person who just wants a healthy lifestyle, you can’t stay this way forever.

4. Are you in a competitive situation where you HAVE to drop to a lower class? – Morghan King was an example of this when she made the Olympic Team back in 2016. Based on what I know about Morghan, getting down to the 48 kg class was quite an ordeal. I chatted with her for a few minutes in the warmup room at the 2016 Trials, right after she finished lifting and made the team. I swear I’ve never seen a more ripped weightlifter in my life. If you’ve ever had to fight to make weight, you know what she went through to get to that kind of shape. But that’s what she had to do. She had a shot to make the Olympic Team at 48 kg, and she didn’t have a shot at 53. When you’re in that position…here comes the pain.

As a general rule, I usually advise tweeners to go up. Most people in this sport are going to have more success if they gain a few kilos of bodyweight. There are definitely exceptions, mind you. Travis Cooper and Jessica Lucero both dropped down to lower weight classes when they were in their mid-20s after competing for years in heaver classes, and they both had tons of success as a result. It’s possible, for sure. But for the purposes of this article, which is aimed at the vast-majority weightlifting community, I think going up will usually result in more success for tweeners.

So if you’re ever in this position as an athlete, or if you’re a coach and we’re talking about one of your lifters, keep these tips in mind. For the most part, I think it’s almost always a no-brainer what the right decision is. Hopefully, it’ll be that way for you.