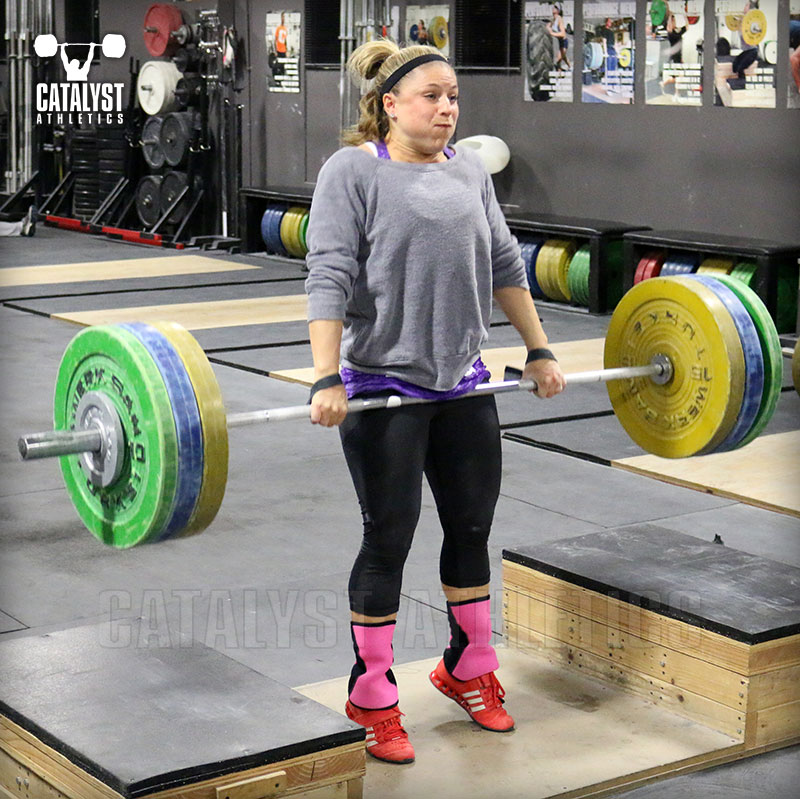 During the first few years of a weightlifter’s career, everything is mostly going in an upward direction. Sure, there are little knockdowns and plateaus, but they’re usually temporary. Those are the years when you’re putting big increases on your total every six months or so, and it’s fun as hell.

Then, at some point, it all slows down. Most of the time, it REALLY slows down.

I’ll never forget a conversation I had with Dean Goad right around that time. We were sitting on the bench in the gym during a workout and I was running my mouth about how fast I had progressed. He nodded and said, “Yeah, but it comes a lot slower after 300.”

Those two years from ’94 to ’96 when I was fighting to move up over 300 were brutal. Lots of little injuries, technique problems, mental blockades, a couple of bombouts, etc. When I look back now, I think those were the toughest years of my career.

I eventually broke through. I did my best lifting (335 kg total) in 1998-99. Long story short, my top results came in my 8th-9th year (not counting the three years I competed in powerlifting prior to converting to OL in ’90).

That’s how it went for me. Now… how about you?

I hate to say this because it sounds negative, but if you really want to go all the way in this sport and reach your highest potential, you have to be prepared to suffer. Ask any champion and they’ll tell you the same thing. The lifting gods don’t give anybody a “Get Out of Hell Free” card.

Greg Everett wrote something once I’ve always remembered. It was something along the lines of, “I’m surprised how many people expect to feel good all the time when they train.” That might not be a word-for-word quote, but it’s pretty close. It’s a great synopsis of how it goes when you make weightlifting your life for an extended period of time.

A lot of people vanish when they reach the suffering stage. Fair enough. It’s not for everybody. And I don’t mean that to sound insulting. If somebody decides to move out of weightlifting and find something else to do, that doesn’t necessarily make them weak quitters. Some people are weak quitters, sure. But you can’t paint everybody with the same brush. Many people have totally sensible reasons for walking away from weightlifting.

Here’s the point we’re trying to make. Your career will have a progression. It’ll usually look like this: You might be looking at this list and saying, “Yeah, great. But HOW can we pull ourselves through the Roadblock Stage into the Breakthrough Stage?” It’s nice to read an understanding of how a weightlifting journey works, but you’d probably love to get something useful that could take you out of the hole you’re in and get you into the big time.

It’s impossible to give you a suggestion that applies equally to everybody, because stalled progress is highly individual and there could be dozens of causes. But I can definitely tell you a few of the main things that got me through my Roadblock Stage and led to my career bests. Give these some thought. Maybe one of them might be the missing ingredient for you. If not, it might be something else. Take a look at every component of your life and see if you can find any leaky spots. You never know…the answer might be something you overlook every day because it’s so simple.