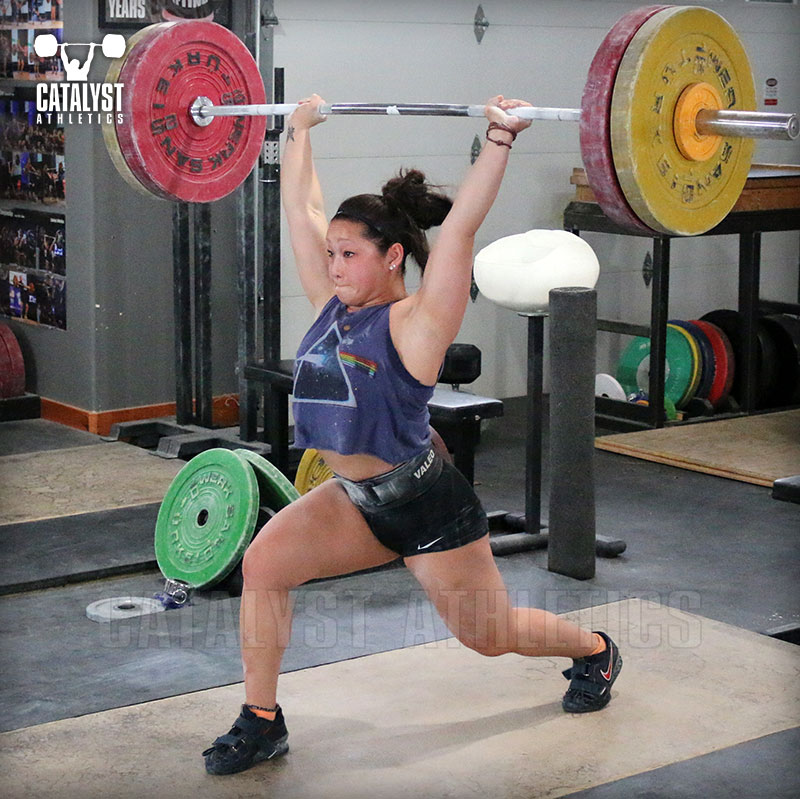 I'm pretty frequently surprised by how impatient new and intermediate weightlifters are in a number of ways, from their expectations of progress to their rush to get through a lift as quickly as possible. I’ve bemoaned the lack of attention to detail in a million other articles, but I’m going to do it again because it strikes me as genuinely insane to not be willing to invest a couple additional seconds into each of your lifts for the sake of significantly improved performance and long term progress while being willing to invest years of your life in total in pursuit of such performance and progres.

Weightlifting is a sport that requires a significant investment of time, both in the long and short term senses. In the long term, it requires consistent training, lifestyle and focus to make serious progress; in the short term, it requires the investment of time into each piece of a training session, and it can't be cheated. Even more importantly, a failure to give adequate time and attention to what you’re doing early on can create problems that will haunt you for your entire lifting career—it’s not just a question of slowing your progress by not learning how to do things as well as quickly, but of actually creating problems or habits that actively hold you back.

With regard to individual training sessions, one frustratingly common mistake is rushing the completion of a lift. This can be the hurry to get a lighter warm-up lift done as quickly as possible as if it's meaningless, failing to go through the same routines a lifter would use on a heavier attempt. These routines should be exactly what the term means: routine. That requires practice, and a lot of it. Approach and perform every single snatch the same way, whether it's 50kg or 150kg—the way you get chalk, the way you walk to the bar, the way you talk to yourself, the way you initially grip the bar… all of it. This kind of consistency and attention to detail carries over and makes a difference when it counts.

a failure to give adequate time and attention to what you’re doing early on can create problems that will haunt you for your entire lifting career.

Another common error is getting rid of the bar as quickly as possible. This is done in the snatch, clean and jerk, but also in exercises like pulls and even squats (dropping the bar early or walking into the rack before even standing all the way with the last rep)—the lifter will drop the bar before even standing completely with a snatch, clean or jerk, greatly reducing the amount of time needed to stabilize the bar and consequently reducing the training effect for stability with increasingly heavier weights, and also often masking problems in balance and stability that are only apparent if the weight remains fixed overhead or in the rack position longer.

For competitive lifters, the problem with this should be pretty obvious—in a meet, you're going to need to hold a lift overhead until receiving a down signal, which sometimes can be a fairly long wait. If you don't train for it, this is going to be an unnecessary struggle, which means not only the potential to miss what should have been a made lift, but the wasting of energy that could be going into subsequent attempts.

For all lifters, this is developing the habit of quitting on lifts and robbing the athlete of an easy opportunity to build more strength and stability. It's always funny to me watching lifters and coaches come up with complex exercises and methods to improve strength and stability in the receiving positions of the lifts while the lifters can't get rid of the bar fast enough when doing the actual lifts.

When I prescribe extended holds overhead in the snatch and jerk for lifters with inadequate overhead stability, they’re invariably shocked at their inability to do it initially—weights they considered “easy” are suddenly killing them because they have to hold the bar for 3 seconds. This is a big red flag.

Investing just a few more seconds on each lift every day can literally save you years in the long term, and make the years you put into this sport far more productive for you.

David Owens
This article is spot on, I started back competing a few years back and when I was clean and jerking in the gym I was dropping the bar while I was getting my feet in line. My first competition back I had a lift failed for putting the bar down too early. The 2 lifts that where passed where borderline (I just wasn't used to getting my feet in line and pausing). I still do this to a certain degree in training but I make sure to complete every lift 100 percent a few weeks out from competitions. I have a strength sports website which I update daily for olympic weightlifting news from around the world (strength sports news) http://strength-sports-forum.com hope you guys check it out