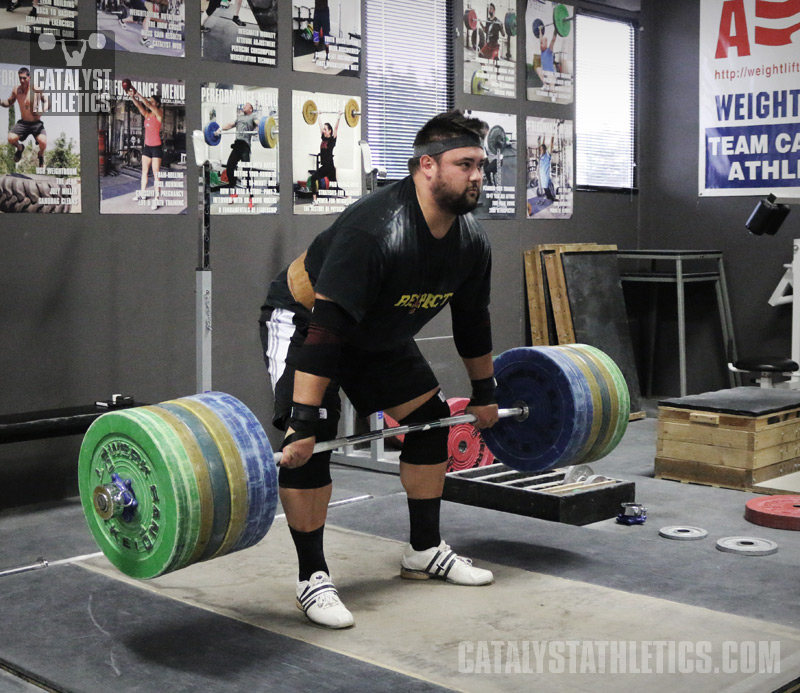 I recently competed in a local meet and had a shit showing. It wasn’t from a lack of training or effort; in fact I had a great few months leading up to it. It was just a shitty performance and I honestly had never been that embarrassed or pissed walking out of a meet as I had that night. I was back in the gym the next day because it’s what I do and I honestly couldn’t imagine sitting around my house thinking about it for another second.

So fast forward a couple of weeks and the sting is still there and I can’t shake it. What the hell happened? Why did it go so wrong that night? I didn’t miss a day of training, I hit PRs I haven’t hit in a long time, I was as strong as I have ever been, and yet it still didn’t work out.

So I started looking at the video, over and over again and I could see it. Tiny little glitches here and there. The bar was moving, no doubt about it, I was strong and I wasn’t getting handled, I was just a little off at points. The problem is in this sport, a little bit off here and a little bit off there and you have complications. Those complications added up rather quickly and the next thing I know I want to put my fist through a pile of jerk blocks and I walk away with nothing but a missed chance at some PRs and what I felt like was 12 weeks of hard work down the toilet. These things could have been prevented had I addressed them weeks prior, but they kept festering. Some days they wouldn’t appear, other days they would, and I let my ego run my training, thinking it would work itself out because I wasn’t honest with myself about my issues.

So why am I writing this? Simple: I think everyone should take a step back and take a hard look at their training and be as critical as they can. If you can’t do it yourself, then have someone you know who can do it for you and don’t let them sugarcoat it. Once you have heard what your weaknesses are, you then need to come up with a plan to fix them.

That’s exactly what I did. I sat down and looked really hard at what my weaknesses are and I made a list. Then I asked someone who has suffered through enough of my lifting over the years his opinion as well. His list didn’t include bigger arms and traps, but that’s body dysmorphic disorder for you.

Now for some, the answers might sting a bit, and others might already know them, but are way too hardheaded to actually do something about it, but that’s the difference between people who want to get better and people that don’t. I started at Coach Burgener’s years ago, and trust me, if he saw something he didn’t like, you knew about it and odds are you spent the next 2 hours working on just that. Hell, I was up there recently and nothing has changed, and let me tell you, that’s what you need: you need to hear what’s wrong and decide if you want to fix it or not.

Some problems might be easier than others. If your first pull is weak and a looks like a yard sale, then segment deads are a pretty good start. For others, your issue might be a shit bottom position in the snatch that doesn’t allow much room for error and you need to work on a good bottom position that allows you to make up for a slightly off lift. Everyone is going to have a different set of problems, but not everyone is willing to put in the work necessary to fix those problems. That’s something for you to decide.