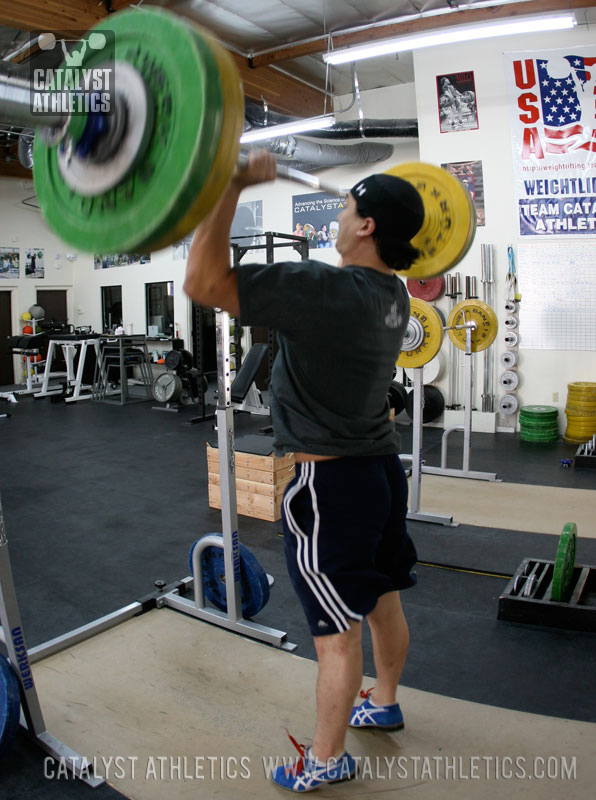 An exercise I use very frequently both in training and teaching is the push press. The push press has tremendous utility in a multitude of senses and should definitely be a staple of any strength training program.

As an intermediary between the press and the jerk, the push press largely splits the difference and shares features of both the press and jerk. Interestingly (at least to me), I see the majority of people thinking of it strictly as an upper body movement, and being more closely related to the press than the jerk.

I like telling people to think of the push press as a leg exercise. Is it demanding of upper body pressing strength? If you're using appropriate weights for the exercise, yes. However, it often seems forgotten that the initial upward acceleration (and really, a great deal of the total upward movement) originates (or should) with the legs.

Unless athletes focus on forcing the legs to contribute maximally to the lift, they invariably get very little leg drive at all and the movement deteriorates into more of a partial squat with a press after recovering.

What I want to see in a push press is an extremely aggressive drive with the legs; this will cause the athlete to extend the ankles somewhat. If an athlete remains flat-footed throughout the push press, it's a clear indicator that he or she is either not driving hard enough with the legs, or is cutting that drive off prematurely.

Further, the press up with the arms should be fairly smooth. Although it will naturally slow as the arms near extension, the bar should not abruptly decelerate as the effort shifts from the legs to the arms. This indicates weak leg drive and/or poor timing with engaging the arms.

Ensuring complete, aggressive leg drive in the push press will allow the athlete to handle more weight, which means better strengthening of arm lockout, and also means a better transfer of the exercise to the jerk. Along these same lines, the rack position of the bar, and the position of the hands and arms, should be the same in the push press as they are in the jerk. 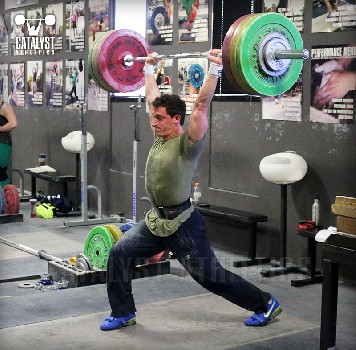 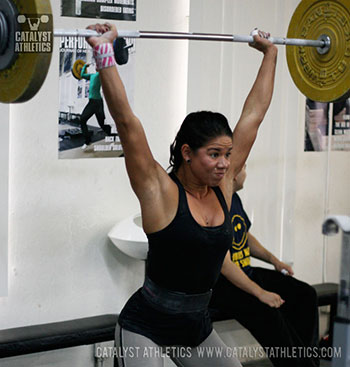 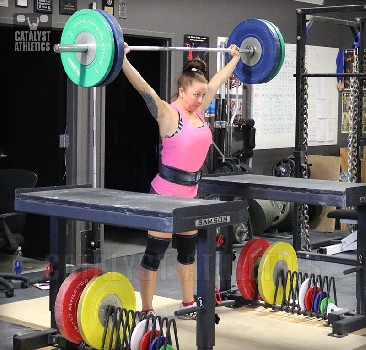 Pressing Exercises for Weightlifters: Why, When and How?
Sergey Bondarenko | Olympic Weightlifting 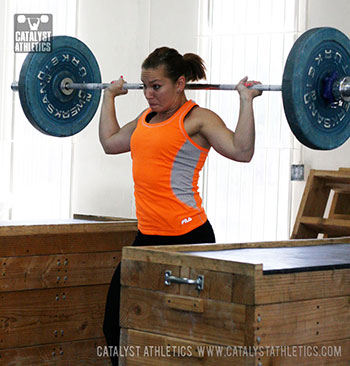 Get it Behind Your Neck: Improving the Snatch and Jerk Overhead Position
Greg Everett | Olympic Weightlifting 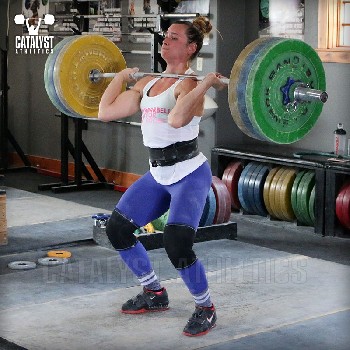