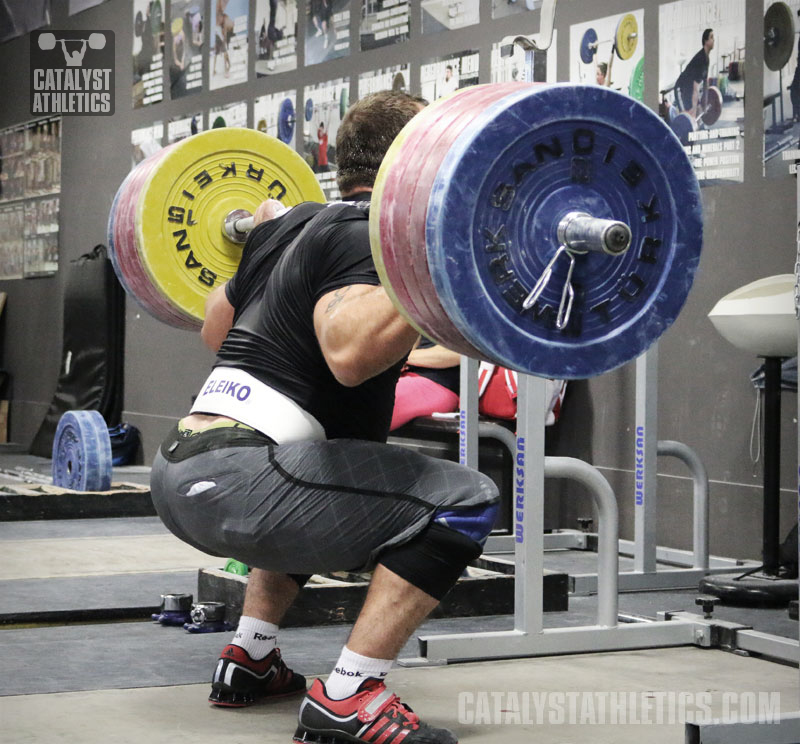 In weightlifting athletes come and go. Some people love the sport for a short period of time and progress very quickly, only to get tired of the sport and quit before they reach their true potential. I have seen a ton of weightlifters with more talent than me quit because they weren't "progressing" fast enough.

The most common way people judge progress is the most obvious: PRs in the snatch or clean and jerk or total. The ultimate goal in weightlifting is to PR in the classic lifts because PRs in the classic lifts directly translate into competition performance. These PRs are what the weightlifter trains for and they are the most obvious form of progress.

The second form of progress is strength gains in the slower lifts such as back squat, front squat, clean deadlift, snatch deadlift, bench press, push press, etc. These lifts do not directly translate to the total, but if you add a significant amount of strength in any of these exercises, it will eventually carry over to your weightlifting total.

The third form of progress is technique improvement. Weightlifting is a skill, and when your technique improves it will eventually carry over to the weightlifting total. Sometimes you have to get worse before you get better when you change a technical flaw, which is something most newer lifters will not understand. Your muscles have developed in a certain way with a certain movement pattern, and when you change that pattern to the ideal positions, you will have more potential but you may not currently be strong in the positions with the most potential.

The fourth form of progress is consistency. Sometimes your max will not improve for a long time; however, you can hit 90% three times as often as you once could. This kind of progress goes under the radar, but at a high level is probably the most important form of progress.

Most weightlifters judge their progress solely based on their PRs in the snatch and clean and jerk and ignore other types of progress. The PRs in the classic lifts are the holy grail of progress, but usually progress starts with one of the other three groups before it becomes a reality in the first!

As you become more advanced in weightlifting, make sure you can recognize progress in all areas and celebrate your successes so you stay interested. Success makes you happy, and happiness spurs continued success. Always beating yourself up will only make you more likely to quit! Be happy with the progress you are making while you pursue all you want!

anon
I needed to hear this.
Thanks.
Rocky
Excellent article Travis, thank you
Edison Way CrossFit
Great article. Have to reflect and not feel guilty for celebrating even the smallest success