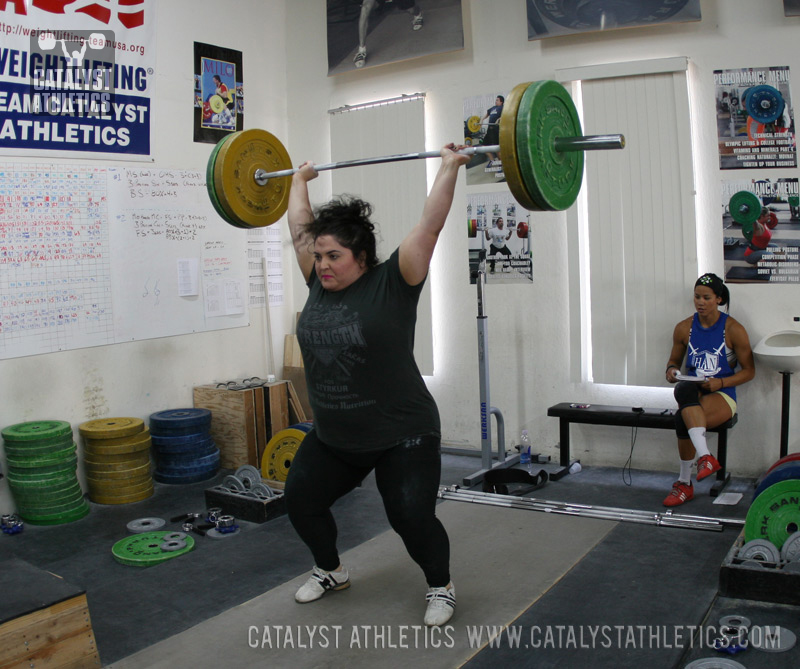 Ever have one of those moments that just makes your whole mood sour and pissy?

I had one at the 2000 Olympic Trials in New Orleans. I was standing in the warm-up room, watching the best lifters in the country getting ready for battle. It was pretty hardcore being back there, let me tell you. Years earlier, a coach had told me that the intensity in the warm-up room at the Olympic Trials was so thick you could cut it with a knife. He wasn’t kidding, jack.

So I should have been feeling great, getting the chance to watch some of the best weightlifting I had ever seen. But I wasn’t happy. In fact, my attitude was so rotten that I was ready to start kicking baby kittens over a fence. The reason for this hostility is that I was supposed to be lifting in this meet, not watching it. My lifting had been on a hot streak from 1997 through the summer of 1999. I was lifting the best weights of my life, and qualifying for the 2000 Trials had been the biggest goal of my career. Then, I suffered a serious knee injury in July 1999. It took several months to recover, and I wasn’t able to come back with big enough lifts to make the Trials. So I went to the meet anyway, as a spectator. I had been training for the damn thing for ten years. It felt like I had to be there.

Back to the warm-up room… My coach was also at the meet, coaching a couple of lifters from our team who were competing. He must have known what I was thinking, because he came over to me, put his hand on my shoulder, and said, “Don’t worry, you’ll be lifting in this meet in four years.” He wanted to encourage me that I would be able to come back from the injury and still achieve my goal of making the Trials. Do you want to know what I said to him? I looked at him and said, “Bulls---t.”

I didn’t believe that I would be able to come back and make it to the top. I thought it was over for me. He was trying to lift my spirits, but there was no way I was going to let him penetrate my pouting and negativity. As far as I was concerned, he could take his positive attitude and stick it up his cornhole.

To make a long story short, I snapped out of my funk in 2003, made a comeback, and qualified to compete in the 2004 Olympic Trials. It was the best experience of my career, one of the highlights of my life.

MESSAGE FOR COACHES: Sometimes, you have to believe in your athletes even more than they believe in themselves. They’re going to get frustrated, maybe even to the point of thinking that there’s no more hope. Your job is to let them know that you’re going to be with them all the way, and I mean absolutely all the way. They might resist you. They might even argue with you when you’re trying to encourage them. But you never know, one little word of support might be the matchstick that re-ignites their fire.

MESSAGE FOR ATHLETES: Even if you’re injured, old, burned out, broke, divorced, ugly, depressed, living in a van down by the river, or whatever, you never really know how things are going to shake down in the future. Whatever it is that seems out of reach, you might still have a shot at it. I’ll bet that many of you who are reading this might have something in your life right now that you want, but you’re not sure if you’re going to be able to get it. It might be something in weightlifting, or it might be life stuff. I guess the idea here is that you should take another shot at it, whatever it is. Don’t let the negative voices in your head beat you. Muscle up, get back to work, and quit acting like a freaking baby.

So, how was that for positive encouragement? Not too good, huh? Okay, I guess I need more work on becoming a caring nurturer. I’ll keep working on it, and I’ll get it right someday. Somebody taught me a long time ago not to give up on myself.

Other Aimee
Like.
Tyson Wright
Love the title :)
Jocelyn
Thanks for this article. Sometimes it's hard to remember that slumps are only temporary. Especially in the pissiest of pissy moments:)
Jacqueline Janet
Totally encouraging!!
The Dude
Maintaining a positive attitude can be more difficult than lifting the heaviest weights. Hats off to those who can do both consistently.
"The Polish Sensation"
Nail on the head!
Matt Foreman
Polish Sensation!! Nice!!
Marty
The world needs more crap like this, thanks!
Sp
Awesome!